The most democratic town hall in the world 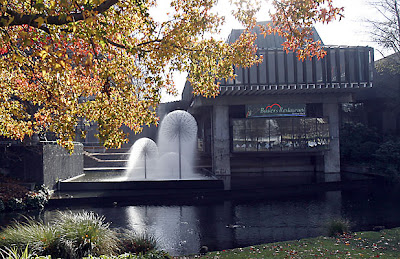 p7 For all our virtues, we citizens of Greater Christchurch have our foibles, not the least noticeable of which is a penchant (those who do not care for us might even define it as a mania) for arguing the pros and cons of civic developments to a point where progress is slowed, or even halted. Examples of projects over which differences of opinion, ranging from polite disagreement to bitter wrangling, have occurred are almost legion. Among them are the siting of roads, railways, tunnels ports, canals, statues, memorials, sports facilities, an art gallery, a floral clock - and Town Halls. If this is democracy at work, then the magnificent Town Hall which this booklet commemorates is surely the most democratic town hall in the world.

Let it be clearly understood, however that once the present site was nominated by an overseas expert, Metropolitan Christchurch witnessed an accord unsurpassed in the city's history.
...
It is almost incredible that the oldest (by charter) and largest actual city and, at least musically and architecturally, the leading cultural community in New Zealand should have existed without an adequate and publicly-owned town hall for the whole of its 122 years.
...
Now, at long last, we have provided ourselves with a real Town Hall, it has proved in site, concept, design and construction, an architectural gem. This Town Hall complex, the first stage in what will ultimately be a magnificent Civic Centre, has features unsurpassed in this and, dare we suggest, in many another country. It may be selfish but entirely understandable to be glad that a smaller, less striking building was not erected twenty, forty or eighty years ago. 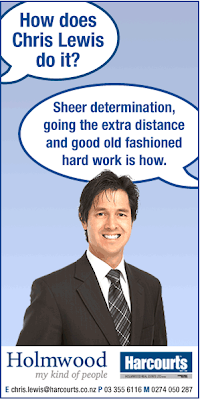 Don't try and get inside the owner's head - it doesn't really matter. Be cool and detached, don't appear enthused and don't express admiration. Make an impression on the vendor that the house is a liability. Some of the choicer questions; "I'm only really interested in the land" "Do people really live here? And if the property is really rough; "How long do you think, before it's going to be pulled down?" 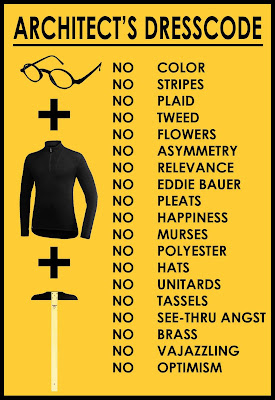 Over a quite tolerable glass of port and some coffee afterwards Dale, a New Zealander by birth but trained in England, began to talk.

Yes, it was a good country, he explained, for the man who had land, for the businessman with energy and ideas, and for the lawyer and the doctor. It was even pretty good for the working man, though they had their share of labour troubles in New Zealand and the Liberal Government had rather spoilt the labouring classes to catch votes. it wasn't so good for the architect. Not yet at least.

But surely, I said, those houses we've seen, most of the residences in the city, and a good many of the business buildings, they're made of wood. Won't they want buildings in something more solid?

'Not the way their minds work here, at least yet awhile. Wood is what they've got plenty of, so wood is what they build with. Not only that. They've got plenty of space as well. So they build outwards, not upwards. A passage, two rooms along each side, a kitchen, a wash-house, that's what the average man wants. That's the basic pattern and anything more ambitious is just an extension of it or another floor on top of it. And there's always the veranda, of course.'

'Yes, I noticed them. Shelter from the sun and rain, I suppose?'

'That, and habit. The veranda's got itself established in every young couple's mind as the thing and so a veranda it must be. But that's not the worst of it, my boy. The trouble is that the formula for the average house is so simple that the chap who builds it sees no case for an architect. Everyone here is accustomed to one man being able to turn his hand to everything. So the builder as like as not is the architect as well.'

And all these people who've made money want somehow or other to establish something that's going to last. They're still not convinced that they're here at all, that the whole thing isn't a mirage. They're frightened they'll wake up one of these days and find the bush is back where it used to be. A house is something solid.'

They've got about as much idea of architecture as a horse has of caviar and without their wives to bully them they're a pack of skinflints who can't see why the design of two matchboxes laid on top of each other won't do as well for a town hall as for a dog kennel. If it's their own house nothing but the best will do, heart of kauri seasoned for a year and the rest of it. But a public building? White pine and single brick smeared with cement.'


The life and opinions of an architect in the early years of the last century, as imagined by Dan Davin in No Remittance.  (London: Joseph, 1959, 24-27)

Here is a promo, directed by the estimable Jonathan King, for the Close Readers, Damien Wilkins' popular beat combo. You can buy the music here.