Pop will eat itself 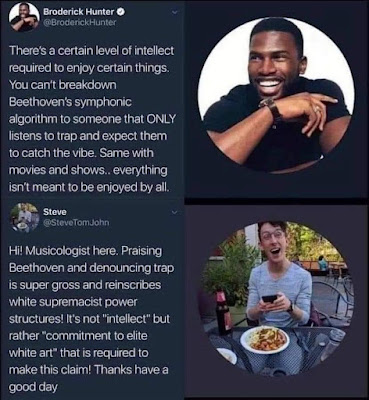 Nightmare: A man who has written songs for  Adele, Ed Sheeran, Paul McCartney, Beyoncé, Taylor Swift and someone called Lil Nas X, is concerned. His own  band, OneRepublic, has problems selling its new songs, because people prefer the old ones. He also frets about the competition: "The frustrating thing about music is that now there's too much of it,"

Worse still, if 62,000 songs uploading to Spotify every day were not bad enough, he also has to contend with David Bowie: "So the source of discovery is the last 70 years of music. It's all brand new, right now. So you're competing with every song that has ever come out."

Things became so bad, he gave up music and consoled himself by making more money elsewhere: "For almost two years, the prolific songwriter barely picked up a guitar. Instead, he poured his energy into other ventures - developing TV shows, buying real estate, and even launching a brand of hemp-infused sparkling water."

Someone should write a song about it.