I'm working on a blog

The draft of my review of Pip Adam's I'm Working on a Building, published in Metro for January 2014. 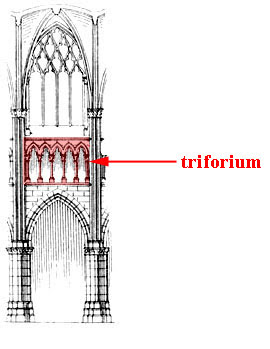 To begin at the end, the author has added an afterword to this novel in which tells the reader that her book began as the creative component of a PhD, one that asked how the language of structural engineering might “inform, alter and enlarge fiction.” The reader might ponder whether the author has succeeded in her task, and might also ask why the novel was written backwards.

The chapters of this book have been arranged in reverse order, without warning for no apparent reason. The reader who starts at the first page and reads towards will be confused: events and characters run away, revealing less of themselves rather than more. In a literary world dominated by pedestrian historical sagas a little experimentation should be welcome; unfortunately, in this case it is simply annoying. Save yourself the trouble, gentle reader, and begin at the end.

Turned the right way about, this is not a complicated story: a teenage girl, Catherine, has teenage problems, goes to university, becomes a structural engineer, works on several projects in New Zealand and overseas. She is difficult, apparently a much better engineer than her colleagues but unable to communicate with them. Despite her superiority, her buildings have problems. One, in Wellington, collapses in an earthquake, injuring her and killing at least two of her colleagues. The book begins in the Pompidou Centre where Catherine is thirteen and has teenage problems; it ends in an exact copy of the world’s tallest and dullest building on the west coast of the South Island, where Catherine has adult problems.

The problem with this book is in the characters and the buildings: none of are very interesting. Catherine is challenging, in that she is not likeable, but she is not compelling. Everyone else is rather flat. They are not helped by the writing:


Paul walked back to his chair. William stopped to talk to Craig some more. Craig didn’t worry Paul at all. He checked the time on his cellphone. It was almost lunchtime.


After a while this gets a bit trying. The buildings do not help. They present problems, but not very interesting ones: there is a whole lot of seismic retrofitting going on in this book. The problem with the book is that none of the architects and engineers that populate it have any feeling for buildings. They have terminology, because their creator has learned it and is determined to use it. But they have no architectural sensibility. Their buildings are assemblages of parts, of terms.

This is a novel of our times; like the historical novels it is the result of research, learned but not lived. It is constructed rather than formed. And it is very disappointing.