Scene from a life 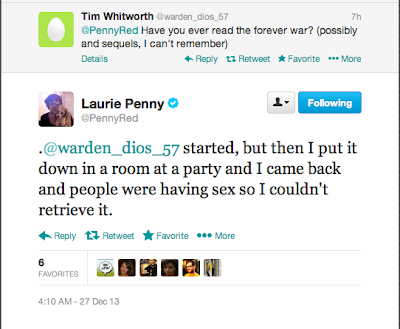 To  many architects, in especial the conservative and cultured, Modernistic Architecture is a painful and mordant ebullition. "This is perfectly dreadful," is their exasperated comment on seeing illustrations of certain current work in architectural journals. "Cannot something be done about it? Have all these fine fellows gone crazy?"

This remark  represents the conservative attitude of many enlightened gentlefolk toward the Modernistic Movement. They are apt to class all building which is not traditional, conservative and closely following precedent, as "Modern," whereas there are many types of the so-called "Modern" architecture, some fresh and inspiring like a breath of mountain air from the Canadian Rockies, heavy with the scent of fir balsam, while others are redolent, alas! of the fumes of bootleg gin, stale tobacco, and devious haunts. When, one bright morning, a letter came from the Editor of The Octagon suggesting an article on the Modernistic Movement, we became all hot and bothered. For a moment the ozone seemed gone from the crisp autumn air. A cloud stole athwart the face of the sun and a chill wind from the gray north whispered low and menacingly with muted breath and around the corner of the penthouse on the roof just above our head. "Johnny!" we cried appealingly (Johnny's our associate and friend of long standing; we’ve weathered many a storm together, man and boy, through thick and thin, nigh on forty years, and we value his counsel highly), "what do we know about the Modernistic Movement and the so-called Modern Architecture?" "Not a damn thing!" said Johnny. "Then how can we write about it?" we replied triumphantly, thinking that would let us out.

"Write about it?" said Johnny scornfully. "Write about it! You don't have to know your subject in order to write about it. In fact I think it's often a handicap. Look at Kipling; he wrote a book about fishermen on the Grand Banks without ever having been there. Everybody thought it was great — and it was great — except to the few fishermen who read it. They knew. How many people ever read "Moby Dick" during Melville's lifetime? A few hundred maybe, compared to the hundred thousands who read "Captains Courageous." Johnny paused to roll a cigarette. Outside the faint hum of the city, punctuated now and again with the staccato explosions of the Brobdingnagian warehouse van as it  slowly backed its way through the traffic into Bromfield Court with its daily cargo, drifted in between the parting bead and the pulley style (While not essential to a discussion on "The Modernistic Movement  this incident of the warehouse van illustrates our traffic problems and shows how even the commonplace events of the day leave their imprint on the character of our art). Like many artists who think deeply about the problems of art and life,Johnny likes to pause and collect his ideas while twisting bits of tobacco into little brown papers. "Where were we ?" said Johnny vaguely. "You don't have to know your subject in order to write about it. Sometimes it's a handicap — " we replied insinuatingly, hoping to gather some ideas. "Precisely," said Johnny emphatically. He lighted his cigarette and strolled out into the draughting room where he soon became dreamy eyed over a sketch in pastel he was making on tracing cloth. Johnny lets his tracing cloth soak, in a pan of water over night, and in the morning while it is still damp, he stretches it over a sheet of  celotex that has previously been shellacked on both sides. This allows the tracing cloth to be fastened on with strips of electrician's tape, prevents the celotex from buckling, and at the same time gives a neat passe-partout effect. The dampened surface of the tracing cloth takes on just enough of the hairy texture of the celotex to give a fine  "tooth" for the pastel, and produces a finished drawing that is the despair of those daughtsmen who are unacquainted with the process. We omitted to mention that the outline of the subject to be rendered may be traced on the tracing cloth before it is put to soak, care being taken not to disturb the lines which will, in spite of all you can do, smudge slightly in the overnight bath pan. This does no harm however, in fact it lends "atmosphere" to the sketch. While the sheet is still wet it may be pulled either to make the subject taller and thinner or broader and stouter, as if seen in a convex mirror; it may even be pulled diagonally. Johnny has produced some fine Matisse and Picasso effects in this way, and finds it very helpful in designing buildings on irregularly shaped lots. We looked over Johnny's shoulder while he worked. Johnny never uses a porte crayon, he breaks the pastel sticks up into pieces about an inch long and lays on "washes" by using the crayon flat. When he achieves a sharp edge he puts in the lines and detail with deft touches. Presently he began to talk again. "The word 'modern/ the Fowler boys tell us, is derived from the low Latin 'modernus' or 'modo' (just now) . The erudite profundity of those two young men is amazing; what H. W. doesn't know about etiology, bibliolatry and the philosophy of causation, F. G. does, so between the two, there IS little if anything, about the King's English that escapes them." "How about jazz," we remarked, "you won't find that word in the Oxford dictionary." "Exactly, for jazz may not be defined and classified into its derivatives as are harmony and melody and rhythm and gamut and fugue and syncopation and stave and diatesseron and tonic and diatonic and supertonic and homophony and euphony and all the other phoneys and tonics, for jazz is all these, and more. It is like the shadow of a hovering kiss on the damask cheek of a crooning babe, or the first blush of a damsel's dream, or the pearl-tinted dewdrop as it quivers on the paper-white petal of the asphodel, or the moaning of the samiel in the mimosa canebreaks, or the wild sweep of the harmattan as it roars down the Old Calabar and beetling crags of Ashanti." 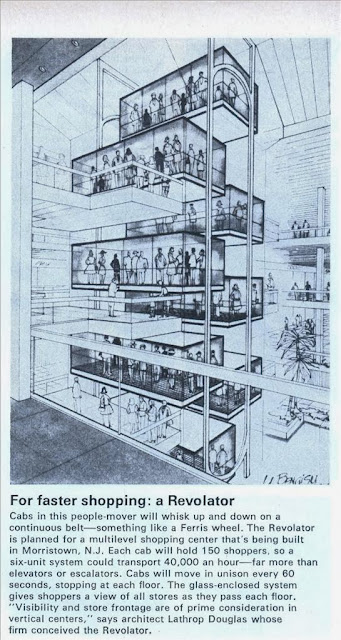 Johnny paused to light another cigarette. "The Modernistic movement in Architecture is like a diapason of jazz bursting from the chrysalis of the older symmetries which the Greeks call taxis. It has infinite possibilities, amorphous, epicene, protean, aberrant, wanton, egregious, not to say bizarre, exotic and Cyclopean." "You must have been reading Roget," we interjected. "I have," replied Johnny, "and it's relieved my mind a whole lot since I saw a certain number of The Architectural Forum. Some of the categories, especially those on Abstract Relations and Precursory Conditions, are soothing to the soul." "How about leaving off the cornice? Does that constitute Modern Architec- ture?" "Yes and no," said Johnny, blowing a fat smoke ring which bore a striking resemblance to the abacus on the Treasure House of Atreus, son of Pelops and Hippodamia. "I must learn to blow modernistic smoke rings, or be completely out-moded. They say that's how Urban gets some of his swell ideas," Johnny muttered. "The omission  of cornices now," he went on, "is not exactly a new idea. The Egyptians didn't seem to find them essential. Look at the Pyramids, nothing to show where the building ends and the sky begins. Even the restorations of Perrot and Chipiez show little in the way of cornices. The Chaldees and the Druids and in fact all early peoples de- depended on wall decoration rather than mouldings for architectural effect. Look at George Howe's lovely Tyler house in Elkins Park, Philadelphia. There's nothing new in the omission of the cornice. The Dorians left off the bases on their columns. The omission of the capital which is the cornice of a pillar, is less frequent, and it is in this feature that the "moderns" who show nothing from the necking up, have gone a step beyond their predecessors, or maybe it's a step backward, who can tell? After all, we are but little children who, tiring of the toys the old folks have handed down to us — toys that have been resurrected from up garret encrusted with the dust of bygone years — have cast them aside, and in the first flush of our pulsating youth, attempted to build new ones in accord with our dawning complexes. The first attempts naturally enough are crude, but being our very own, we are inordinately proud of their originality (sic). This is to be expected and follows the law of evolution. We should be tolerant of the tender cotyledons and protect them from the stirquilinous larvae that threaten the existence of the New Movement, but at the same time we should not neglect the fine burgeoning and flowering that still shed romance and beauty on the enchanted gardens of the past. "I shall never forget the first view of Giotto's glorious Campanile. The photographs, with which one has been familiar since kindergarten days, show a cold, hard, black-and-white striped square tower whose outline seems anything but graceful, whereas in reality, the soft haze of a frosty Florentine morning, with the mists of the Arno mingling with the heavenly blue of the sky, the infinite gradation of pink and green, violet and rose marbles, opalescent whites and warm pearl grays, combined with the exquisite tracery and im.bricated mosaics, the whole relieved by a pushcart or two piled high with brilliant tangerines and a few picturesque urchins at the base, form a picture, the memory of which even the most marvelous creations of the 'Moderns' can not dispel." The draughting room was singularly quiet. At first we thought everybody was listening intently to Johnny's words, letting them soak in, as it were, until we glanced around and saw the place was deserted. They'd all gone to lunch. "Well," said Johnny, musingly, "I saw a design for a bungalow in The Architectural Record. It was in Albuquerque or Santa Clara, or maybe it was on the roof of a sixty-story office building. For all the world it looked exactly like my old bureau with the drawers pulled out, some more than others. It bore more resemblance to a problem in Descriptive Geometry, or a pile of empty crates in the yard behind Ed Weatherbee's corner grocery, than to a love nest. That was a most striking example of the Modernistic Movement. "Modern Architecture may be evaluated  by the application of the same standards by which the Old was judged. Intuition or a cultivated taste are essential for the full appreciation of the harmonies of Karnac, the Acropolis and Rheims. It may be that the New simply astonishes by its seeming crudeness without evoking aesthetic emotion, whereas thoughtful analysis and the application of the laws of taxis and symmetry will dissolve preconceived intolerances and inherent prejudices. Both the Critic and the Artist must discard the notion that only so-called existing values are absolute. 'The dead hand of the past lies heavy on us all.' The possibilities of Art are infinite and by the exercise of a scholarly degree of pragmatism we may be sowing the seeds of a richer and more complex culture of the future. It seems a far cry from Corregio to Covarrubias; let's go to lunch!" (From the A. I. A. Octagon) THE ARCHITECT AND ENGINEER JANUARY, 1931, 89 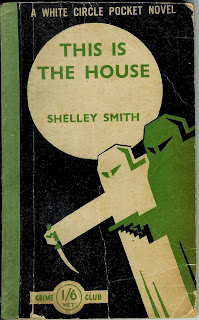