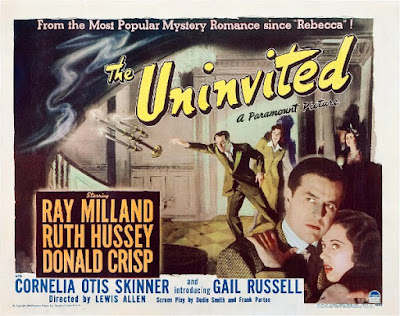 The problems with the adjunct structure of higher education are not merely quantitative. It’s not just about how badly adjuncts are paid, not just about the inadequate opportunities for our students to build enduring relationships with the faculty who guide them. It’s also about fear, despair, surrender, shame — the messy, hidden human elements that finance and policy always miss.

The story of the adjunct faculty, of the postdoctoral scholars, of those in “alt-careers” — that story will be incomplete unless we recognize that we are refugees from a nation that would not have us. We have found our way to innumerable continents, but still hold that lost home in our hearts. We still, many of us, in quiet moments, mourn the loss of our community as we make our scattered way across diverse lands. 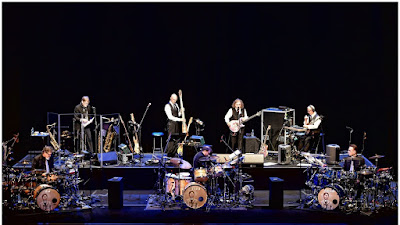 McLaughlin: Can I get you more coffee?

Fripp: I should love more coffee. Where do these chocolates come from?

McLaughlin: They come from the Basque coast, where we go a lot of the time. Maybe one day you can come and visit.

A business is looking for a writer. I would apply, but I have no idea what any of this flannel means. 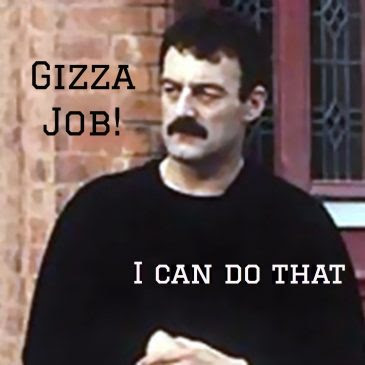 Seeking an experienced journalist or communications expert to join our team as our in house writer and copywriter.

If you think you could be a perfect fit send in your resume! Don't forget to include examples of your writing style!

Elvis Costello and the Imposters:

These are the years
of the lone park bench,
of empty harbours
and sunken ships. And yet
there’s a spaciousness
to this abandon
that keeps
insisting
it’s a sort of love. So
why should I fear
such a rich aloneness
when I’ve spent  lifetime
creating it for myself? 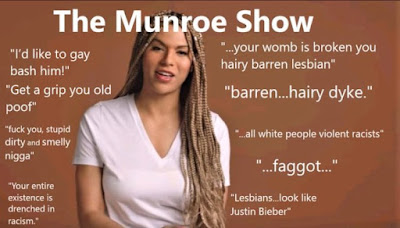 Here, you may shrug and say, ‘well, that’s Twitter for you’. But the mistreatment of Janice Turner goes rather further here, and takes in some frankly culpable behaviour by supposedly responsible media outlets.

The BBC, the Guardian and the Independent have all, by implication, presented the mere fact of a journalist asking questions as some sort of campaigning action. This is not a trivial matter. In this, they are contributing to the dismal trend of treating journalistic inquiry and expression as fair game for attack: see Donald Trump and sadly, Boris Johnson’s press conference this week for examples. 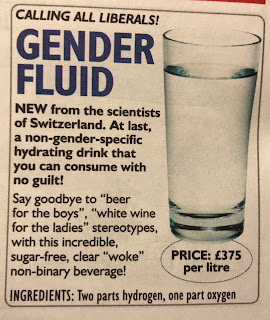 Something urgent sure as hell is going on. There are large upticks in the numbers of people, particularly young ones (nonbinary folks are mostly under 30, Bergner reports), who are experiencing such distress at being seen as male or female that they desperately want out the whole thing. As this anonymous therapist points out, though, there’s just no way to know exactly what’s at play here. And most of the people who are suffering don’t have access to a good, thoughtful, careful clinician to help them figure this stuff out — they might not even know what to look for in one. There are a million screaming sirens urging caution, and the only response, in terms of how progressives are publicly discussing this issue, is to call anyone with questions about this a bigot. 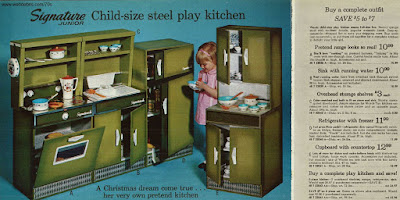 In New Zealand, they don’t hesitate to use the word “female.” The signs for public rest rooms there (and in Australia) read, unabashedly, “Female Toilet” and “Male Toilet.” Some hairsplitters would argue that a toilet is just a toilet, regardless of which gender is using it; the porcelain itself has no characteristics that would identify it as male or female. Many Americans, myself included, will be less put off by the “male” and “female” labels than by the use of “toilet.” In this magazine, for decades, the word was considered vulgar, a judgment I seem to have internalized. 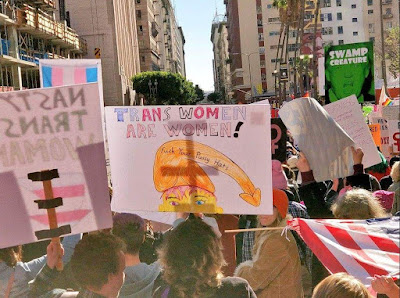 MYTH Puberty blocker drugs are harmless.
REALITY Medical professionals are voicing serious concerns about the use of drugs like Lupron to block puberty in children. Estrogen and testosterone are not just needed for puberty, they are vital for teenage brain development. Young adults have been left with stunted genitalia after using puberty blockers. Much more research is needed. In the US, the FDA is investigating Lupron.
MYTH You can be born with a female brain in a male body.
REALITY There is no such thing as a male brain or female brain, especially at birth, when all but the most basic parts of the brain are undeveloped. Our brains are plastic and shaped by our experience. 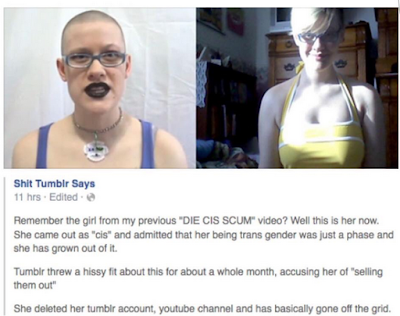 There’s this belief that telling teenagers that their dysphoria may pass is wrong — ethically and factually — and I just want to know why? What’s so wrong with telling a teenager, “One day you will feel better.” There’s nothing wrong with that. I think that if the activism that pushed for teenagers’ ability to medically transition truly cared about kids affected by gender dysphoria, they would allow for a discussion that doesn’t manipulate teenagers — that didn’t make impressionable, insecure, unhappy kids feel like they have to transition now, or else.

So we need to change the narrative. That’s my intent. And that’s a larger intent of the Pique Resilience Project: to diversify the narrative. We only have one mainstream story, and we need more. And slowly, we’re getting more. The detransition narrative is growing. It’s getting bigger — more people are hearing detransitioners’ stories every day. And, by extension, we’re starting to see the first glimpses of a third narrative.

We need to fight back 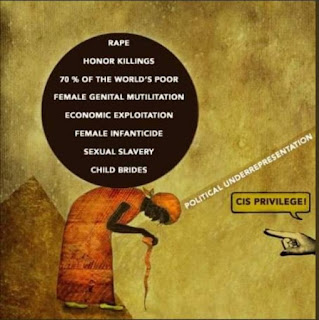 The model of alleged ‘informed consent’ to hormone therapy is woefully inadequate since children are not developmentally competent to give full, free and informed consent to such medical interventions or to comprehend, despite the transgender narrative that feeds youthful fantasies, that when they are adults they can be transformed to the opposite sex.  So called ‘gender affirmation surgery’ can only simulate sex organs, for example by excising the penis and testicles to construct an internal, insensate cavity into the male body, or by creating a prosthetic penis fashioned from flesh taken from elsewhere on the female body. The consequence of this is not only sterility, but the reduction or even complete elimination of sexual, genital sensation. The tragedy is that the vast majority of children will resolve gender dysphoria naturally during adolescence. 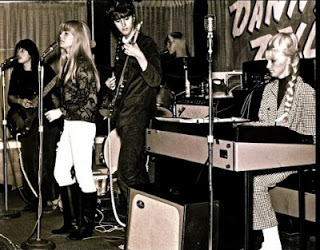 'Another common fate for girls with guitars was a trip to Vietnam to give the troops a shot in the arm. "We were there four weeks" remembers Rosemary, "and our dad, who was our manager, was very protective. Afterwards he admitted we'd been in quite a bit of danger, and places we'd played got mortared." Detroit's Pleasure Seekers (right), featuring 17-year old guitarist Suzi Quatro, played the same tour with a stop-over in Guam, site of the US military hospitals. "They asked us to play for a corridor full of wounded soldiers" Suzi recalled, "and it was horrible. They were 18-year old boys... legs missing, arms missing, eyeballs missing."' 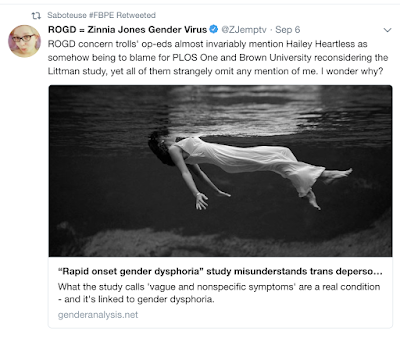 Blanchard: I think that these ROGD kids are such a mishmash of kids with a variety of personality pathologies and social problems. I wouldn’t really know what to tell you about what’s within that mix.
Kearns: Okay but as for what Littman describes as the “social contagion” element, I obviously understand that it’s very complicated and there are lots of moving parts, but do you have any sense of any particular thing that helps explain the sudden spike of cases of these kids?
Blanchard: No, I don’t. I think there have historically been precedents, and they have typically involved more females than males, which is also true like in the ROGD phenomenon. For example, recovered memory was a fad for a while, and ritual satanic child abuse was a fad. Typically, these involved more female adolescents than males for whatever reason.
If you want to go a little further back in history and look at the Salem witch trials in the U.S. in the late 17th century, most of the individuals who were claiming to have been attacked by witches and who were executed as witches were predominantly female. While it was older ladies who were hanged as witches, it was young ladies who accused them of witchcraft. So there seems to be something about a young adolescent female population that is particularly vulnerable to certain kinds of psychiatric phenomena.i

Photograph: Weekie Wachee, Florida; by Toni Frissell
Posted by Paul at 6:00 am No comments:

More than a feeling 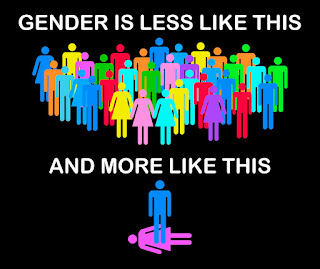 Trans woman: Think of gender identity like consciousness. Consciousness is experiential and has a first-person aspect. It cannot be so easily defined.

Keating the night away 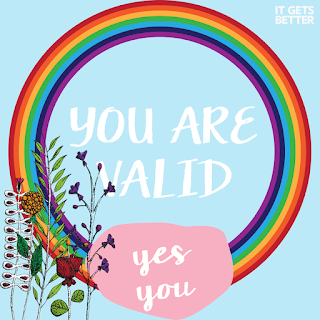 The craziest part really is watching the rules of responsible science journalism getting rewritten in real-time, but only for this one issue. For this one issue, anecdotes are more valuable than data (unless the data tell a straightforward pro-medical-transition story). For this one issue, 15-year-olds are qualified to make their own serious medical decisions and if their parents have questions about the long-term consequences, it’s the parents who are the ones being irresponsible. For this one issue, teenagers’ feelings couldn’t possibly have anything to do with the social and cultural milieu in which they are immersed — anything they feel is a deep-seated reflection of who they essentially are and always will be, because teenagers are known for their stability, of course. For this one issue, the most serious medical treatments available should be the first step to address psychological distress, not the second or third, after a spell of psychological counseling and assessment.