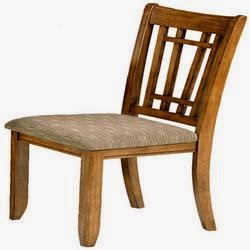 PEOPLE often ask about the origin of "mission" furniture and how it came by that name. The general belief is that the first pieces were discovered in the California Missions and that these served as models for all the "mission" furniture which followed.

This is an interesting story, but the fact is no less interesting, because of the commercial cleverness that saw and took instant advantage of the power of a more or less sentimental association. The real origin of "mission" furniture is this: A number of years ago a manufacturer made two very clumsy chairs, the legs of which were merely three-inch posts, the backs straight, and the whole construction crude to a degree. They were shown at a spring exhibition of furniture, where they attracted a good deal of attention as a novelty. It was just at the time that the California Missions were exciting much attention, and a clever Chicago dealer, seeing the advertising value that lay in the idea, bought both pieces and advertised them as having been found in the California Missions.

Another dealer, who possesses a genius for inventing or choosing exactly the right name for a thing, saw these chairs and was inspired with the idea that it would be a good thing to make a small line of this furniture and name it "mission" furniture. The illusion was carried out by the fact that he put a Maltese cross wherever it would go, between the rails of the back and down at the sides ; in fact, it was woven into the construction so that it was the prominent feature and naturally increased the belief in the ecclesiastical origin of the chair. The mingling of novelty and romance instantly pleased the public, and the vogue of "mission" furniture was assured.

Hooliganism in the Bays 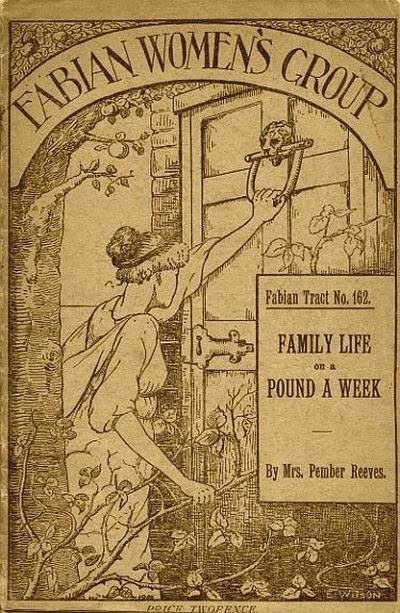 Numerous complaints have been received by members of the Eastbourne Borough-Council from local residents with regard to hooliganism displayed at Iona Bay and Muritai by week-enders and members of “baches.” For a considerable time the seaside borough has been particularly free from the rowdy element, but this season the evil seems to be returning. The matter was brought up at last night's meeting of the council in a  letter from a resident clergyman, in which complaint was made on behalf of several residents of the noises made during the night by the occupants of whares. Councillors agreed that the nuisance was becoming so serious as to endanger the good name of the suburb, and one particular "bach" was referred to as being a great offender. The letter also called attention to the custom of bathers of walking along the roads wearing nothing but their skin-tight bathing costumes. The council decided to appoint two of its members to approach the inspector of police with a view to obtaining assistance of an extra constable at certain times in order to put a stop to the trouble.

Strange architectural principles in the age of Humanism


Architecture of an unusual type that has little aesthetic recommendation is illustrated by a number of houses recently constructed by the State Housing Department in various parts of the city, particularly in several Remuera areas. Severe, box-shaped affairs, some of the houses in outward appearance fully measure up to the description of one tenant who wryly likened those in his street to barns and superior sheds. Two adjacent houses in Lingarth Street. Remuera, are scarcely things of beauty. Each presents a plain, square frontage, broken by two lines of small windows and a curiously designed porch that juts out at the left-hand corner. At either end of the porch, opening directly on to the street, are the back and front doors, the latter being protected by a glass screen.

The design is even less beautiful at the back, where the upper floor overhangs by about 2ft. at one end and by a few inches at the other. Cleaning the 52 windows will be one of the minor problems for tenants, especially at the back, where the ground slopes fairly steeply away, necessitating the use of a very tall ladder. For these houses, of four rooms, kitchenette and bathroom, situated about a quarter of a mile from the rather infrequent Victoria Avenue tram, the State requires £1 18s 6d a week in rent. Situated immediately opposite are three or four houses of similarly unprepossessing appearance. Alike in design, these are single-storey structures whose plain lines, flat roofs and plastered walls give them the appearance of small factory buildings.

Wiles Avenue, off Arney Road, Remuera, also has its quota of houses built according to strange architectural principles. The State has erected a fairly large number of homes in this area, and, while some of the buildings are most attractive, others are marred by ugly features which, through slight alterations to the plans, could easily be avoided. Most noticeable are the cases where the back door opens directly, or almost directly, on to the street. Downpipes and vents adjacent to front doors spoil the appearance of other dwellings, especially when they are painted in colours which contrast vividly with the walls behind. Other houses whose lines can scarcely be a source of pride to the State are to be found among the group of homes that has been built adjacent to the comer of Orakei and Upland Roads.

From Papers Past
Posted by Paul at 12:01 pm No comments: