It's not plagiarism, it's intertextuality 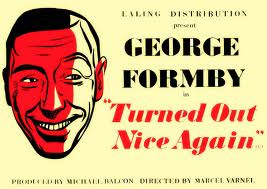 After the publication of ‘Architecture and Transgression,’ a reader complained that Tschumi had failed to cite Thomas Kuhn’s book The Structure of Scientific Revolutions, although he had, without any doubt, almost integrally copied a passage from it. A comparison of the paragraphs revealed that Tschumi had simply replaced the word “science” from the original text with the word “architecture” in his own. He had then slightly transformed Kuhn’s prose to make it fit into his own article. Through this operation, Tschumi’s text acquired an immediate depth. Without the quotation marks, the idea developed by Kuhn in the field of science was integrated in architecture and could be seen as an original theoretical concept. Once the appropriation was discovered, Tschumi’s text remained autonomous, although it could also be read as an invocation of Kuhn’s authority.

A verification of his sources reveals that Tschumi made extensive use of this procedure in the construction of his texts. That he did so consciously may be seen in another example, taken this time from ‘Questions of Space.’ Here, Tschumi introduced his solution to the “paradox of architecture” as a proposition perhaps unbearable for scientists, philosophers, and artists alike. This description, however, employed the exact words that Philippe Sollers used to characterise the work of Bataille. With full awareness, Tschumi was trying to transpose into the realm of architecture the effects sought by Bataille in literature.

Although Tschumi publicly apologised for the “oversight” after he was discovered, these articles may be read as the site of a systematic operation inspired by another prominent element of Tel Quel’s theory of the text: the concept of intertextuality. In his article for the Encyclopedia Universalis, Barthes, responding to the question ‘What is a Text?’ summarised the theory. For him, the notion of “text” emerged after the critique of the sign, when the sign entered into crisis. He attributed to Julia Kristeva the epistemological definition of the text, which incorporated several theoretical concepts including that of the intertext. Barthes explained that all texts are made of fragments of other texts and are thus necessarily intertextual. The production of the texts is a permutative operation of “deconstruction-reconstruction” of former texts. But the intertext is that which, in the text, is given, without quotation marks, as anonymous, unconscious or automatic formulae. Barthes argued that the intertext gives to the text a productivity that is not mere reproduction, because the intertext cannot be conceived as a voluntary imitation or a visible filiation.

After his reading of Bathes, Genette and Kristeva, Tschumi conceived his texts as collages, palimpsests, composed through the intentional juxtaposition and superimposition of fragments of other texts that were often reduced to mere objets trouvés whose origins and contexts of emergence were blurred. Together with Tschumi’s technique of substituting one word with another - the title of ‘Architecture and its Double’ directly referenced Antonin Artaud’s Theatre and its Double - this operation was an extreme and provocative use of the concept of intertextuality.

With the publication of Jim Flynn's New Torchlight List and an accompanying series on NatRad, bookish types and media hacks are clamouring to read again my review of Flynn's previous book. Here, I succumb to their demands. The following is my review of Fate and Philosophy, (Awa Press, 2012) published in the September 2012 issue of Metro.

It’s not easy being Jim Flynn. He teaches politics at Otago University and, he tells us in the first lines of this book, every year students enter his courses with a collection of attitudes and opinions. Some of them, happily, leave as “altered beings,” now holding the same views as Professor Flynn about religion, science and free will, among other things. But what about the others? And what about the rest of us? What will become of us, without the wisdom of Flynn?

We will become prisoners of fate, unless we learn to reason about what we believe. And what is reasoning? It is thinking what Flynn thinks, that is what.

A couple of years ago, Professor Flynn decided that his students did not know enough about history. So he wrote The Torchlight List, telling them, and us, what to read – novels, mostly. Not that Professor Flynn is an historian, of course; but he knows the way to learn history is not from them and their history books but from his favourite novels. And now he addresses the central problem of philosophy, the problem of people holding opinions that differ from his.

What is good?
What is possible?
What exists?

In short, Professor Flynn is a wiseacre. He insists he knows it all, that those questions can now be laid to rest. And now, to have a full and happy life, all you need to do is read this grim and humourless book.

This is what to think: there is no God, but there is mystical experience. Science is right. Derrida was wrong – he said bad things about science. Wittgenstein was wrong - Professor Flynn has read one of his essays and found it wanting; he was bad too: he fought in the First World War and gave rotten careers advice to his students. Yes, that bad.

It goes on like this for pages and pages, a litany of instruction and denunciation. On page 217, if you still have your wits about you, finally you will learn what it is all about. Professor Flynn tells us:

Today is my seventy-seventh birthday, so it has taken sixty-five years to replace Catholicism with a personal philosophy I can live with. This book is intended to give you a head start.

Well yes. Professor Flynn has replaced one dogma with another, one of his making. Not surprisingly, his personal philosophy is remarkably similar to those of many other freethinkers who have discovered the Truth and who will broach no argument about it. This is not really a book about philosophy. It is not about the big questions, whatever they are. It is about Professor Flynn.

Worse still, it turns out that this book is the second in Professor Flynn’s Modern World Trilogy, the book about history having been the first. So there is another tome to come. Perhaps Professor Flynn will have discovered that his students are not doing sex right and offer them, and us, a manual of all the correct positions.
Posted by Paul at 10:52 am 2 comments:

Tragic death in a climbing accident 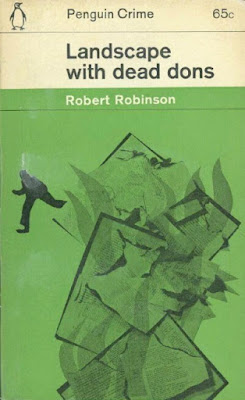 The seven lectures collected in this volume were the second Winter Lectures, a series of public talks given at the University of Auckland in the second term of 1960, No attempt has been made to disguise their origins as lectures, and where the speakers differ on incidental points, the differences have been allowed to stand. The topic was suggested and the speakers chosen by Dr Thomas Henry Scott, Head of the Department of Psychology, before his tragic death in a climbing accident on Mt Cook on 1 February 1960.
Keith Sinclair (ed.). Distance Looks our Way
Auckland: Paul’s Book Arcade 1961, n.p.

Among these authors was Professor Fred Laserre, whose tragic death in a climbing accident has since shocked his friends and colleagues. He wrote the article on Canada.
J. M. Richards. New Buildings in the Commonwealth
London, Architectural Press, 1961, 8.

David Robbins was Lecturer in Sociology, University College of Wales, Aberystwyth, until his tragic death in a climbing accident in 1986.
Colin Creighton and Martin Shaw (eds.) Sociology of War and Peace.
Houndmills: Macmillan, 1987, viii

Unfortunately, plans for this had to be abandoned following the tragic death in a climbing accident of Professor Iztok Saksida, its main organizer.
Barbara Bajd. “Human Evolution and Education in Slovene Schools.”
Evolution: Education and Outreach.
September 2012, Volume 5, Issue 3, pp 405–41