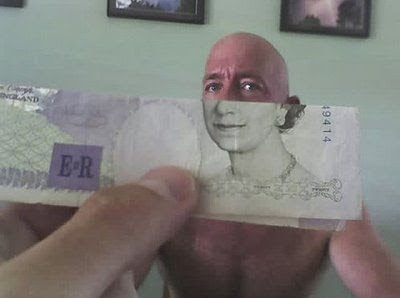 It all went rather well; the state funeral of Sir Ed, that is. The organisers did a very good job organising and everyone seems to think that the service expressed the nation's feelings.

All of which is a relief, considering the dismay that was expressed only last weekend by editors of the Fairfax newspapers. They had found that no member of the British Royal Family was available for the funeral. They all had other things to do. The Prince of Wales was promoting the Mutton Renaissance, which is a bit like the Italian Renaissance except in that it is about meat from old sheep, rather than great works of art. Meanwhile, the Prince formerly known as Dockyard Doris was opening a scout hut in Hampshire.

The Fairfax editors, to a man or woman, decided that New Zealand had been snubbed. They felt moved to run this story on the front pages of their weekend editions, with descriptions of the activities of various Royals and reactions from various New Zealanders to the snubbing. There was much muttering and gnashing of teeth.

But, come the day, everybody forgot the absence of royalty. The nation farewelled Sir Ed and nobody seemed to care that the Countess of Wessex couldn't join us.

I suppose I could be a grumpy old atheist and complain that, although Sir Ed seems himself to have been an atheist, he was given a funeral in an Anglican church. But I won't be so, because it does not really matter. At least the nation didn't have to endure a Humanist ceremony, with poetry readings and interpretative dance. And we are probably now several steps closer to becoming a Republic.
Posted by Paul at 11:19 am

Actually, he was something of a social liberal...

although Sir Ed seems himself to have been an atheist, he was given a funeral in an Anglican church

Um, I may have missed something, but I always thought Sir Edmund (quite correctly) took a strict MYOFB approach to public questions about his own private religious beliefs. I also have my doubts that his funeral would have been held in an Anglican church if he'd expressed to his wife and family any preference to the contrary.

To be fair, I think the liberal Anglican clergy did justice to the occasion Paul. They did not sermonise or pontificate unduly.

It was possible to interpret their references to a god quite metaphorically. The Bible readings were basically sound moral philosophy.