The politics of dancing 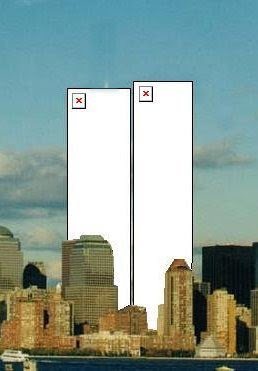 Hey you! Yes, You! Are you one of the hundreds of thousands of New Zealanders who have had a gutsful of our MMP electoral system and who, when they are given the chance, will say so loudly and clearly? No? Well, do you know anybody who is one of that number? No, nor me; funny, that.

Well, its funny I should mention that, because I have just done a search thingy on the Herald's website. And what I found is that the Herald hadn't published any op-eds on MMP this year, until this week; the MMP fox was started by John Key promising a referendum. As it happens, the Herald favours MMP, as does its columnist Brian Rudman, who notes that a majority of respondents to a recent poll also preferred it.

I am sorry to keep on about this but when Mr George says "there are hundreds and thousands of New Zealanders who have had a gutsful of MMP as it stands and who, when they are given the chance, will say so loudly and clearly," one must reflect that the newspaper for which Mr George works could have given them that chance, were such legions to be found. I am not a morning person and so I might have missed the demonstrations; nor am I an idiot and so I do not listen to talkback radio; but I think I would have read about the wailing, and the gnashing of teeth, in the papers - were such wailing and gnashing apparent.

But why should mere facts stop Mr George? The imaginary hundreds of thousands "understand only too well that far too much legislation has been forced through Parliament by MMP governments, both National and Labour-led, in the face of widespread public opposition." O'reilly? I wasn't here at the time, but wasn't MMP introduced because of widespread public opposition to legislation - such as the dismantlement of the welfare state - forced through Parliament under FPP?

But then, Mr George's column is not about facts, but about the Adoration of John Key. It's not just about MMP; it's also about climate change. Mr Key understands, you see, that there is no hurry to pass legislation; that's the kind of guy he is. You will also see that:

in view of all the evidence which has been gathered in the past six years showing that man-made carbon dioxide emissions are not a cause of climate change, the Kyoto Protocol is as out of date as last week's racing guide.

Oh dear. It was all going so well. Mr Key was presented as a man of courage and integrity; but then it turns out that his Boswell is barking. Mr George came to praise Mr Key, but buried him.

Mr George came to praise Mr Key, but buried him.

"But John Key says he is ambitious, And John Key is an honourable man."

Paul, You really mustn't talk about an esteemed Qantas Media Awards judge like that! (Explains a lot, doesn't it?)

I don't know about this - I have a gut feeling that a lot of NZers are actually fairly unhappy with MMP. I like MMP myself and it's made NZ a better place in general, but people do get justifiably annoyed by situations like list MPs leaving their party and retaining their seats.

And I think if there was a referendum then people might suggest that it needed to be changed. The real issue is that if they aren't specifically asked then they wouldn't bother saying it themselves. And if that's the case, why bother asking?

Hmmmph. What about those of us who voted STV in 92? Why should it have to be FPP as the alternative choice?

SEE HOW WE CAUSED THE PRESIDENT OF AMERICAN ATHEISTS, ELLEN JOHNSON,
TO QUIT HER JOB AND STOPPED RANDI'S MILLION DOLLAR PARANORMAL
CHALLENGE:

for randi & dawkins and all the so-called "critical thinkers"

the ORIGINAL *KING OF TERROR* VIDEO.....

the *MODEL* of mental health:

what an idiot this Randi is.....a REAL CRITICAL THINKER....

to see how we stopped the MILLION DOLLAR PARANORMAL challenge.....
watch carefully the consequences of Randi's *idea*.....

For over 40 years James Randi Zwigert (is this even a REAL NAME?) has
had total control over who and how the testing was conducted, yet
despite all this he has terminated the challenge.

The ONLY REASON why the challenge was stopped is because he lost and
refused to pay.
Apparently, Randi likes to break the rules when it serves him:

"14. This prize will continue to be offered until it is awarded. Upon
the death of James Randi, the administration of the prize will pass
into other hands, and it is intended that it continue in force. "

where is my MILLION DOLLARS, you LITTLE *NO-NAME* FRAUD
PS: Almost Forgot: Love the IRONY of the *BULLSHIT* sign over Randi's
ugly head....

Oooo! Communication (?) from - maybe a parallel nonoverse? We are all so excited & happy!

Oh it must be tough being a nat. They don't even know what they're supposed to be supporting!

Have we seen a lineup like this in recent years?

I had heard - Bruce Logan IS back!

And what about Christine Rankin. Does she qualify as a fringe fundy?

In this company she surely does!!