Dumb by the river 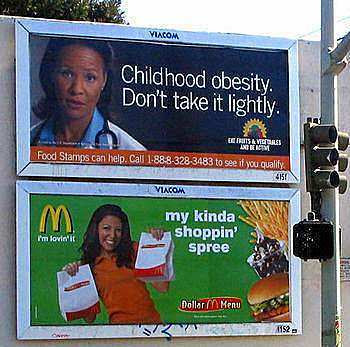 Swine flu – do we panic or ride it out? It’s hard to gauge in the midst of all the hysteria. As we re-examine whether travel is a safe option right now we should also examine how the media is reporting the spread of the virus and how they’re contributing to the spread of fear.

One Adrian Musolino (yes, I know) is confused. He does not know whether to panic or to ride it out, these being the only choices apparent to him in the face of swine flu. While he is choosing one or the other, we should examine why so many people who have an opinion about swine flu know not about what they are talking. It like a pandemic of stupidity.

Michael Lulz thinks it is all a beat-up by the media and the health bureaucrats; well he would, wouldn't he? Lulz, after all, is a semi-professional contrarian, who is paid by two media outlets to opine on whatever subject takes his fancy. He also has a day job, as a mayor, which gives him pretty much the same entitlement. In the normal course of affairs, none of this would matter too much, because only a fool would act upon the opinion of an op-ed columnist and we are unlikely to visit the town where he is mayor. But in a time of real danger, people like Lulz should be shut up by their editors, because the population includes many people who are just smart enough to read a newspaper column but not so smart to think for themselves. These people are the target market for Lulz and several other columnists. They make a handsome living by appearing to be fearless and independent in their thinking, whilst doing no more than repeat received idiocy about featherbedded bureaucrats, academics in ivory towers, political correctness and so on, every weekend.

Their readers love this sort of thing. It gives some articulation to the vague sense of unease and grievance that haunts them daily. Something is not quite right; somebody must be to blame. Quite what is wrong and who is to blame remain elusive, until the columnists arrive in the weekend papers. The answers then seem obvious: those at fault are the experts, the professionals, the academics; in short, the smart people. What is wrong is that these people have influence. Fortunately, the columnist has what they lack: common sense and principle. He can see through their foibles and their self-interest.

Note, for example, this rhetorical flourish:

More people will have already died this past week of bog-standard influenza and its complications than any swine derivative. Ditto, in the United States, United Kingdom and even dear old New Zealand. Indeed, you could make the claim for just about every other malady although none will garner the current hyperbolic claims that the end of the world is nigh.

Indeed, you could. But still you would be an idiot. The death rate from aircraft-related injuries in the Manhattan Borough of New York on 10th September 2001 was, I am reliably informed, zero. No doubt people died of other causes on that day, illnesses and road-traffic accidents which did not garner any hyperbolic claims.

And here is another:

Almost, but not quite: he and his family were quarantined because they had recently returned from North America and one of his family had become ill with symptoms which might indicate influenza. Obviously the Mayor of Wanganui would not do the same in similar circumstances.

And then comes the credibility crunch: "The only thing that makes this current strain slightly odd is that pigs can give it to you." Oh dear.

Reading this nonsense is all fun and games, I suppose, but it might seem a little different when people start dropping like swine. It might then seem that the columnists know nothing about this subject, just as they know nothing about anything. It might seem that the people who do know something about this subject were right, after all. Of course, by then Lulz and his fellows will have moved on to other sources of uninformed indignation. And so it goes. These people are like the pub bore, who is there every time you go for a drink, always blathering on about something or other. And yet people still listen to them.

Maybe there is hope. Maybe brutish idiocy will be the fist victim of the pandemic. Maybe people will stop listening to people who deny expert opinion for the sake of their own egos. Maybe.

Here are some clever New Zealanders, the Able Tasmans:

I had the dubious honour of being slightly acquainted with the opinionated Mayoral person in question at University. He was finishing as I was starting and was notable basically as a self promoter of the highest order and little else.

The DomPost is clear on the two scourges that afflict the city: 'Gangs, Laws dominate Wanganui's image'.