An Auckland gym franchise owner has apologised for a newsletter to members which included a link to an article entitled "Soy is making kids gay".

Club Physical member John Kingi said he planned to cancel his gym membership after the article, by conservative American writer Jim Rutz, which said "homosexuality is always deviant", was included in the gym's newsletter.

In the article, Rutz claimed soy was "feminizing, and commonly leads to a decrease in the size of the penis, sexual confusion and homosexuality".

Rutz wrote that not many homosexuals could "truthfully say that they can't remember a time when excess estrogen wasn't influencing them".

Wut? You own a gym chain and you distribute homophobia to your membership; you really are not in touch with your demographic, Mr Richards, are you?

So who is this Jim Rutz? Not surprisingly, he lives in Colorado Springs and he broadcasts bollocks like this:

1. Jesus is winning! Within our lifetime, the entire world may become Christian.
2. Over-the-top miracles are happening by the millions–mostly through ordinary people.
3. Our evangelism is becoming far more sophisticated and efficient (also less annoying)!
4. Islam, Hinduism, Buddhism, and Post-Modernism are headed for collapse.
5. Traditional churches are rapidly being replaced by something a lot better.

Paul founded the gym in 1981 when he personally renovated the dilapidated Waitemata Athletic club in Ratanui Street, opposite the court house. Things were challenging working several years of 16 hour days without wages, seven days a week with no financial backing, which lead Paul to cut living costs by building a small bedroom in a vacant area beside the men’s locker room and toilets

Here is a picture of the Nile: 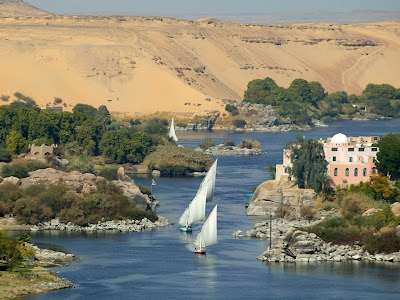 Here is the story on Gay News.
Here is a Facebook group you can join.
Here are the B-52s; you can play Spot The Straight - it's fun for all the family.

Considering the clientele of their K Road franchise, this is a bad move.

It's not the first dodgy thing they blithely put in their newsletter. I distinctly remember sending them a nastygram and unsubbing from the newsletter (unfortunately I was not contractually able to take my business elsewhere straight away).

Oh no, not again! Chris Banks and I have covered this particular non-entity for Gaynz.Com twice, both times to do with pseudo 'journalist' Ian Wishart...

Why do fundies have to endlessly regurgitate minor celebrities of their benighted provenance to make it look as if they're hip or cool?