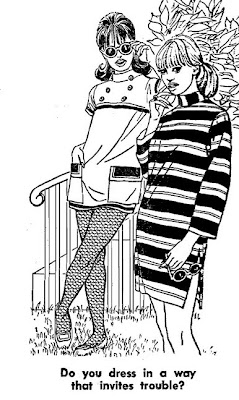 A controversial United States cleric will not appear at Christ Church Cathedral during her visit to New Zealand to calm Anglican tension over gay priests. The visit by the Most Rev Katharine Jefferts Schori, leader of the Episcopal Church in the US, is being kept "low key". She will spend three days in Christchurch from Sunday. The Episcopal Church is considered progressive and recently consecrated its second openly gay bishop.

Cripes, that was close: an outbreak of Anglican Tension has been narrowly avoided.

Of course, the Most Rev Katharine Jefferts Schori is no stranger to controversy, since she is an openly female bishop. Her controversial XX chromosomes have prevented the Most Rev Katharine Jefferts Schori wearing her hat in England. Yes, it's crazy but it's true: the Archbishop of Canterbury issued a decree that forbade the Presiding Bishop wearing her mitre or carrying her crozier while presiding over Eucharist at Southwark Cathedral.

This is all very confusing. Under the arcane rules of behaviour that still persist in the Old Country, men are supposed to remove their hats indoors, while women are expected to remain hatted. However, if the man is a bishop, he is entitled to keep his hat on - so that everyone knows he is a bishop and not a man in an evening gown. He is also allowed a big stick, with a curly end. This, the crozier, also indicates that he is a bishop - in case you did not notice the pointy hat. But then along comes a bishop with a vagina and everything gets topsy turvy. She's not just a woman, she's a bishop, yet the Archbishop of Canterbury will not let her wear her hat, or carry a big stick.

The Archbishop also required the Presiding Bishop to provide evidence or her ordination to each order of ministry. Yes, that's right: Most Rev Katharine Jefferts Schori was required to prove she is a bishop. Perhaps the Archbishop did not recognise her without her hat; perhaps Southwark Cathedral is plagued by bogus bishops turning up. Fortunately, it seems she kept certificates.

Sometimes, it's hard to be a woman. Fortunately, being a woman is not an issue in the Anglican Church in Aotearoa New Zealand and Polynesia, where a woman was fast-tracked to the See of Dunedin in a mere five years, becoming the first woman-bishop diocesan combination in the Anglican Communion. The Aotearoan Anglicans have not had another, of course, but the theoretical possibility of some other human being with fallopian tubes becoming a bishop remains.

So, you might think the Most Rev would be welcome here. How wrong you would be. For it seems that, while Aotearoan Anglicans have no problem with a woman being a bishop, some of them have issues with her church allowing homosexualists to be bishops. As one door closes, another one shuts.

Consequently, the Presiding Bishop will not be doing any presiding while in New Zealand. In Christchurch she will be ex cathedra, allowed to preach only in a church nearby. In Auckland, she at least will be permitted to preach at Holy Trinity, although not preside.

Speaking of women, fallopian tubes and Christchurch, Megan is now a harvestmother. Congratulations, and here is that song again:

They are very silly; you are very funny. Thanks, Paul.

If they stand too close to her, they'll catch her girly germs.

Thank you for the wishes and the dedication, which is playing now even as the harvestbaby sleeps a few metres away.

In the primal night hours following her birth I went through what I suspect is the usual dangers-of-the-world angst for the little one, until I settled on two songs to calm me down: this one and "Untouchable Girls".

As for the mother church and its liberal/evangelical split: when I realised that while I had no doubts about the right of gays to preside at communion I had many doubts about the divinity of Jesus, I figured it was time to embrace my atheism and sling my episcopal hook. I miss the gay clerical friends I made along the way; they were always kind to pious backsliders such as I.

Word verification: ceptersh -- the condition of a bishop not allowed to carry her sceptre.

Hahaha that was brilliant.

And where on Earth did you get that image! It's AMAZING.

"And where on Earth did you get that image! It's AMAZING."

Original source is here, in an old Jehovah's Witnesses pamphlet: