The letterbox as metaphor 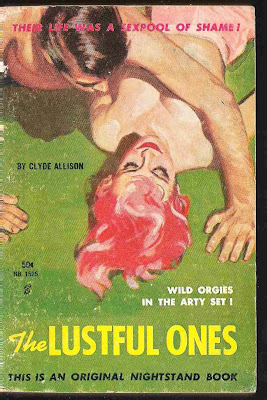 Island Bay, Wellington was used for the cover image on the Winter 1975 issue of the literary periodical Islands, accompanying Duggan's last and posthumously published story 'Magsman Miscellany,' which both is and is not a self-portrait. Two weatherboard houses abut at an odd angle. The gap between them and the sharply receding diagonals, produce a vortex-like perspective. In the right foreground there is a letterbox with a narrow rectangular slot, which looks almost animate: a blank face staring back. Could this also be a metaphoric face of New Zealand suburbia, so often stereotyped as bland, boring, featureless?


Christ, Len Bell writes a load of bollocks. This is from Marti Friedlander; Auckland University Press, 2009.

In any case, why ask these ridiculous questions? Why not just ask the photographer? It is not as if she were dead five centuries. Go on, Len, call her:

"Marti, did you mean that letterbox in the Duggan photograph to be a metaphoric face of New Zealand suburbia?

Marti, are you there?"


And what on earth is a vortex-like perspective? You can see the photo here and decide for yourself, if you must. And then you could ask yourself, how is it that art historians do not know the first thing about architecture but persist in talking about it?

Pic unrelated, of course. Here are the Neo-Kalashnikovs, exploring New Zealand domestic architecture. It both is and is not a self-portrait:

Readers may like to know that the photo and the Islands cover are on p18 and the related text on p17. I am a fan of Len but agree that there is a degree of bollocks here. You were too polite, too considerate, to quote this:
"The compositional density, with its narrow opening, a tense balancing of compositional elements, stands as a visual analogue to Duggan's prose: fragmented, and concealing as much as it reveals. Look at the photograph and read the penultimate sentence in 'Magsman Miscellany': 'In other houses, where sheets of another colour billowed, other people lived other lives.' Marti Friedlander's portraits of Duggan get beneath the skin, while at the same time leaving him ultimately unfathomable."
The Duggan portraits are plates 22 and 23. Marti is a great photographer but do they get "beneath his skin"? What on earth does that mean?

Stephen, thank you. I found it hard to believe that I might be too kind to Len Bell, but you are right. The price of satire is eternal vigilance.

I've said this before, no doubt will say it again: New Zealand needs a Pseuds' Corner.

I may be the publisher, so I may be extraordinarily biased, but I reckon you're dead wrong Paul. Vortex-like is clear (I could explain how this view sucks you down between the two houses like a vortex, but seems overkill to my literary audience here who know what words mean), 'ask the artist what their art means' hasn't been considered a great approach to understanding photography or novels or anything much for bloody years (reviewing the Forrest, quick call Perkins to ask what she meant on p. 42), and the rhetorical question seems legit as style (hey, you've got FOUR in your post--why ask these ridiculous questions, one might ask?), and surely one can write about this photo without any architectural training. I shall now retreat to my pseud's corner, light my pipe, and dream of Baudelaire.....Sam

But a vortex is the whirling motion of a fluid forming a cavity in the centre, a whirlpool, an eddy, a whirlwind (according to Chambers 20th Century). It is a spiral motion. And you are quite wrong about asking the artist. It is a still a good technique (I am an art historian, by the way). Rather than this pointless windbaggery, Len could have found out the facts of the matter - the relationships between Islands, the photograph and Duggan's story - whether a connexion was intended by the publisher. Len's rhetorical questions are pointless - he could have found answers (my questions are not rhetorical, by the way). But then, doing research would have got in the way of his posturing. Because really this piece of drivel is all about Len. And his ignorance of architecture will be the subject of the next post in this series.