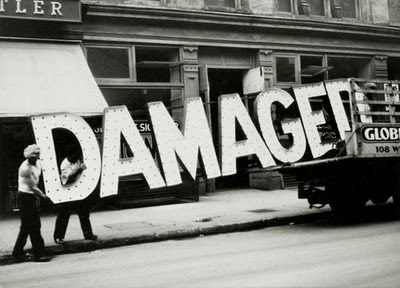 Sudden gestures or noises brings together the work of three artists in an investigation of the 'gestural' possibilities of contemporary art.


New Zealand-born, LA-based video artist Sean Grattan's Carmen San Diego: Out Of Work And On The Run (2011) subverts filmic conventions and the notion of goal-based behaviour, creating an essentially gestural production that is activated by its imperfection. Questions of success and failure, and of subjectivity and objectivity, lie at the heart of the work, which engages with its viewers' expectations whilst simultaneously resisting them.


UK artist Ed Atkins' Death Mask III, too, toys with the semiotic structure of cinema. Seemingly disparate audiovisual elements are enmeshed in a way that is both familiar yet highly unstable. Sudden shifts in tone and subject deny the possibility of a narrative interpretation; Atkins ensures that the gestural movements of the film remain the focus.


In addition to these works, Australian artist Charlie Sofo will produce a new body of work that responds both to the physical space of the Artspace gallery and to the strategic possibilities of the gestural in terms of the production of art.

Bollocks. What Australian artist Australian artist Charlie Sofo did was come here, talk artwank with art people, buy some stuff and pin it to the walls. He took some photos as well. He recalls his adventures in Auckland on two sheets of A4 which lie on a table in the room at Artspace where his works are displayed. These works include a triangular box from the post office downstairs, some shiny material and a ladder. This last is tied to the wall in what is probably an ironic statement on curatorial praxis; either that or some way to fill up the space. This ladder was bought for the artist so he could paint the wall beside it, in a rather ugly colour somewhere between Puce and Prosthetic Limb. In other news, Mr Sofo was treated to coffee by his hosts.

So, in short and not employing any artwank, what we got was what he did on his holidays. I hope he kept the receipts. He could probably make another body of work out of them and get some more funding.

Not surprisingly, Mr Sofo has a blog:


I am asking people to come to my Masters studio at the vca for CHATS. With me. That's it. There is an empty space waiting there, and I think you can help me fill it.

I'm going to send some emails around now, but if you don't recieve one and would like to have a lunch time chat please get in contact: charliesofo at gmail . com

I think not. I think I would find it a very boring experience. I think I would have to use artwank words like liminal and intertextuality just to keep myself amused and awake. When I went to the opening  I found myself looking at the clerestory windows of Artspace, which are lovely, just to avoid looking at the art, which was not. I left after two drinks. I was bored.

Of late, I have often found myself in a state of boredom when visiting Artspace. A couple of weeks ago, I attended this:

Jennifer Teets will be presenting "The alter self of Lady Lux", a lecture and reading on scripted choreography in the work of General Idea.

Jennifer Teets (Houston, Texas, 1978) is a curator interested in conceptual potlatch, future renaissance, and hybrid systems. She currently lives and works in Paris.

I suffered for my art. I found myself sitting on the floor of Artspace choosing between death and cake. If I stayed and listened further to Jennifer Teets I risked slipping into a coma; if I left, I could buy cake. I chose cake.

It was a wise decision. By this stage in proceedings, I could feel my hair growing. Ms Teets' lecture and reading was neither; it was more of a wreck and a rambling. Ms Teets did that thing that first year Art History students do: neglect preparation. Then she did that other thing they do, which is to think they can improvise. They can't. A J P Taylor could talk without notes for an hour and grip his audience throughout; Ms Teets had this member of the audience looking for an excuse to leave, such as a terrorist attack or a natural disaster. Unfortunately, the audience was too small to leave without being noticed leaving. Moreover,  it contained people I like, respect and fancy. In the Church of England, this is know as the Evensong Dilemma; in the art world it is known as the Performative Paradox; I am making up these terms as I go along but I am doing a better job than Ms Teets, believe me.

She seemed nice, she had beautiful blue eyes, but she had not done any work. She talked about W B Yeats and was not sure whether his name was pronounced Yates or Yeets. She talked about situationism and architecture, not for one moment betraying any knowledge of either. She had a page of notes that she should have left on the plane. She said she found things about the work of General Idea "interesting," just like the first-years do. "Interesting" means "I have no idea about what I am talking and please save me from this cold and lonely place into which I have stumbled," a cry for help that never is answered.

It wasn't really her fault. No, probably it was, but I am trying to be nice. The trouble with talking about the work of General Idea is that there really is not much to talk about. They were Canadian. They made videos. They questioned the values of the art world while trying their hardest to make as much money as possible from it. They were really Eighties. Two of them died of AIDS.

All the while Ms Teets was stumbling, a loud video made by General Idea was turning. Nobody thought to turn it down and give Teets a chance. To someone who spoke artwank that might seem an ironical gesture on the boundaries of performative injunction and ludic aphrasia. I found it annoying. In truth, I had only come for the conceptual potlatch; I hoped it might be cake. It was not.

How did it come to this? How is it that Artspace displays work that is neither provocative nor challenging but instead is rather dull? How does it lure a curator all the way from Paris to conceptual murder on the gallery floor? Perhaps it is something to do with the Director:


Caterina Riva (b. 1980, Varese, Italy) is a curator who has been based in London since 2006. She studied in Italy and the UK where she received her MFA in Curating at Goldsmiths College, University of London. Over the past three years at FormContent, her artistic programme has focused on exploring curatorial and artistic strategies, combining exhibition making, independent publishing and the production of events and performances, to critical acclaim.

You see what she did there? She got an MFA in Curating. Her artistic programme has focused on exploring curatorial and artistic strategies. In the past, curators had jobs or careers; in the now, they are artists. And look how she has travelled: the curators are everywhere and nowhere (baby).

And there's the rub. Yer international curatorial practice favours artists like Charlie Sofo. He is just an MFA student but clearly he is walking the walk and (more importantly) talking the talk. There is at least a score of MFAs and PhDs doing far more interesting work than Charlie and far more original (in the sense of not having been done forty years ago) work to boot. What's more, most of them live on K Road. But visiting curators are expected to bring artists from overseas and they are expected to find stuff which is "challenging." They don't. They find stuff which fits the same old paradigm of international curatorial practice.  This is why our contemporary art spaces are like airport lounges: everything is sort of the same, wherever you go. It is never quite the same, but neither is it very different. It features videos and concepts and performances, all stuff which was done by the end of the '60s. The people who come to see this stuff are the MFAs and PhDs who live on K Road. Nobody else cares.

Still, she will be gone at the end of the year, on to another gallery in some other country. She will be replaced by someone else, who will do much the same. And so it goes, and so it goes.

In other news, do you remember that time when the Style Council invaded the Soviet Union and tried to convince the mulleted workers that class war  is real and that there is something wrong with wanting a colour TV? Patronising gits:

Do you want a chat? We could do it over skype? Perhaps it could correct some of the bad information you've published in this post.

"Do you want a chat?" is a weirdly unsettling phrase.

It implies a certain commercialisation of conversations that grates in the worst way.

Although, I guess it offers the glimmer of hope that the chat you receive might not be one between you and Mr Sofo.

Totally correct response to Mr Sofo. Your comments are public, and so should his response be. "Bad information" is a meaningless expression, possibly even a category mistake.

"Do you want a chat? We could do it over Skype?"