Night of the living documents 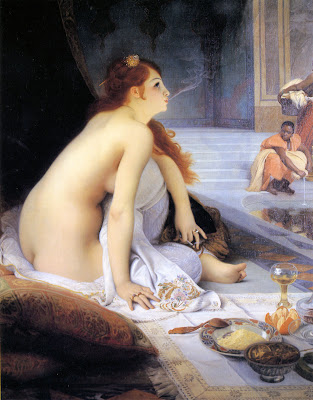 This was unanimously voted on by all members of Occupy Wall Street last night, around 8pm, Sept 29. It is our first official document for release. We have three more underway, that will likely be released in the upcoming days: 1) A declaration of demands. 2) Principles of Solidarity 3) Documentation on how to form your own Direct Democracy Occupation Group. This is a living document. you can receive an official press copy of the latest version by emailing c2anycga@gmail.com.

It is over before it started. The Occupy Wall Street movement has turned out to be boring, bureaucratic and bourgeois, just like ever revolutionary group before it. It has manifesti: a declaration, some principles and a how-to-do-it guide. Soon, it will be like IKEA: branches everywhere, instruction leaflets, flat-pack activism.
Anyway, what do they want? They want revenge. Of course they do, we all do. Corporations are awful, Wall Street is dreadful, Madison Avenue is worse. But this list, which is not dissimilar to Luther's 95 theses, omits the greatest wrongs committed by corporations:

We could go on, adding to the list, dredging further grievances from the backs of our super-egos. Why don't we all go to your place and make muffins while we add to the list? Come on, it'll be fun:

That's the problem with Wall Street. It keeps providing stuff that we never knew we really wanted until a branch opened near us. Future archaeologists will clamber over the remains of our civilisation (and what remains, Pip! Best middens ever) and wonder why we needed a Sunglasses Hut in every mall, why we went to such expensive lengths to make coffee just right, why we needed so many pictures framed. We could tell them now: we were buying souvenirs of our own lives. Or we could just not think about it; probably best.
Let us take a quick and lazy look at the people involved. Yes, you thought the same as did I: LATFH. These are the very same people who created a micro-economy where bikes without brakes or gears are worth more than bikes which work properly, the people who made deep shallow so they could sell it to each other, the people who spent a fortune on tattoos which already look silly. No wonder they are angry. And look at this firkin LATFH. It has a book already. Who would buy a book of a blog? Who would prefer to pay for a commodity that will be out of date before it arrives to getting something for nothing? Us, that's who. We're like that.
Painting: The White Slave by Jean Lecomte du Nouy; look, she's smoking! Next up, Andy Warhol makes a music video, with hilarious results:
Posted by Paul at 6:04 pm

yes - easy to sneer and that is one hell of a laudry list of complaints. but still, I admire their earnestness and their anger. and isnt it the job of young people to hold the previous generations to account?

This is the most cynical, mean-spirited thing I have ever read.

You should get out more often.

Love the post, and particularly love the video - oh it takes me back to the late 60s/early 70s. Nothing quite like Lou Reed. But the film, god you are so right, it is hilarious, so art school Year 1. Thankfully the music trumps all.