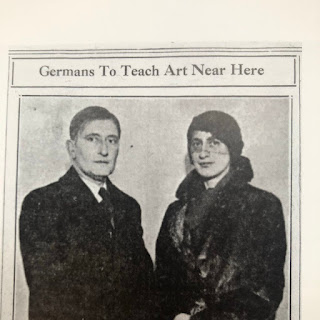 The biographer David Leeming, in Stephen Spender: A Life in Modernism, reports that “the weather was impossibly hot” during the trip and that “one night the only room they could find was in a brothel. More pleasant highlights of the trip were Lenny and Bertie’s keeping themselves awake to drive by singing the complete score of Britten’s opera Peter Grimes; Stephen and Lenny pretending to be T.S. Eliot and Serge Koussevitzky; and the trio’s listening to a recording of Bernstein’s recently released recording of Gershwin’s An American in Paris in a Santa Fe music shop. As the record played, Bernstein stood near a photograph of himself, but no one recognized him, even though his brother and Stephen addressed him loudly several times as ‘Lenny.’ ”
The impromptu renditions of Peter Grimes made an impression on Spender, who told Secrest: “He was mad about Ben Britten. All the way across America he sang the music from Peter Grimes. Of course, Britten hated him. Britten once told me the only person he had ever hit was Bernstein, in a taxi I think. Auden, too, disliked him. I think he thought him vulgar. I always got on extremely well with him, but I was aware that there was something very public about him, so that it was difficult to have a personal relationship.”
James M. Keller in The New Mexican
Unrelated photograph of Josef and Anni Albers.
More Lennie: