Rubbing the gendery sleep from their eyes 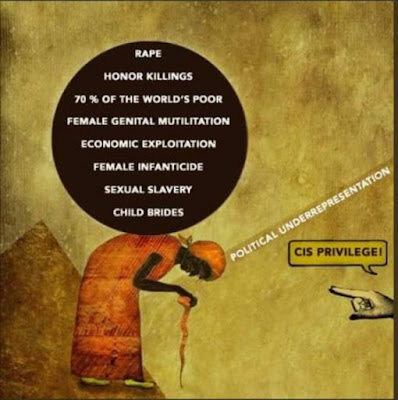 What Burns misses is that most gender critical women have no real concern for how adults wish to live and to express themselves. Their real worries came when the very act of defining the word “woman” as adult human female was labeled a prejudiced act. Women began standing up and rubbing the gendery sleep from their eyes when the concept of womanhood changed from the culture of those with biologically female reproductive systems into those who costume in feminine garb and claim they feel like women. The gender critical feminist was born when men who wanted to dress, express, and live visibly as women declared that not only are they women now but have been their whole lives.

That was the first problem. The second problem came when the transgender movement, under the misconception that those adults who transition to the opposite gender had been the opposite gender all along, began foisting this in both ideology and practice onto children. The idea was that if adults had always been trans, there must be trans children, and those children could be saved trouble in adulthood if they were able to transition in their youth. This led to the medical and pharmaceutical industries feeding drugs and surgeries to the young under the guise of a panacea for their lives.

Pauline Murray and the Invisible Girls