Carnival of the intellectuals 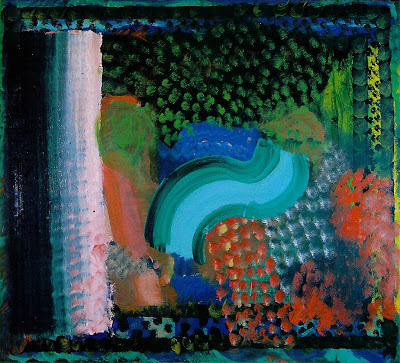 Here are a few things I have been reading, some found on 3 Quarks Daily, others on Arts and Letters Daily and others still which I found myself. The NY Times articles require you to create an account, which you should do because it's free and its fun. Feel free to comment and add your own links.


Christopher Reid on Howard Hodgkin: Smallness of scale, which nowadays means domestic, has tempted a number of commentators to disparage Hodgkin as a latter-day Omega Workshop bibeloteur. Being related to Roger Fry and having a studio in Bloomsbury probably haven’t helped, but the put-down is facile and misleading. Not only is he vastly more skilful than either Fry, Vanessa Bell or Duncan Grant, but his understanding of what painting can and should do exceeds theirs as well.

Gavin Stamp on Scotland's lost houses: The architectural historian is soon confronted by the melancholy truth that human beings can take as much pleasure in destruction as construction.

Clive James on Leni Riefenstahl: After unrolling her usual impatient rigmarole about having known nothing about any Nazi atrocities, Leni made the mistake of saying that she sometimes, against her will, had to do what Goebbels wanted, because she was afraid of being sent to a concentration camp. Schulberg asked why she should have been afraid of that, if she didn’t know that concentration camps existed.

Adam Kirsch on Clive James: Mr. James's definition of humanism is as good as any ever proposed: It is "a propensity to increase the variety of the created world rather than reduce it." In this book teeming with variety, he offers proof that such a humanism is still our best chance for a rich, happy, and decent life.

Simon Jenkins on Terry Eagleton: As a cultural historian Eagleton has made a thing of typologies. He can strut the campus juggling modernism, postmodernism, neo-structuralism and pseudo-reductionism until girls swoon and review editors queue for autographs

The truth about blogging: Though the numbers and breadth of blogging are indeed astonishing, it's not at all clear what the numbers mean, if they mean anything at all. Much of what constitutes the phenomenon of blogging is apt to be inconsequential for the simple but powerful fact that nobody reads most of them. That is, aside from their authors, literally nobody.

The lost world of Australian culture: ‘The Victoria and Albert Museum is hosting an exhibition of Kylie Minogue’s costumes’ said Sandi Toksvig on a recent episode of BBC Radio 4’s News Quiz. ‘It’s on loan from the Australian Arts Centre, which is now presumably empty.’

The essays of Susan Sontag: To the academic reader, these are provocative, even flashy performances. To the common reader, they’re like shots of intellectual espresso. You want to tear through the Duino Elegies in time to make it to the Whitney, a fringe production of Aristophanes and a coffee-house poetry reading of a Latvian émigré.

The legacy of Tony Blair: Yet the record of his governments has been one of opportunities half-caught or missed entirely, of impulses that were sometimes admirable but rarely acted on, of reasonable but not unusual administrative competence, of some genuinely wrong-headed or shameful policies and, of course, a disastrous adventure abroad. Its overall record is incoherent, and becoming more so. His political leadership has also been paradoxical. He has given the Labour Party those unprecedented victories but done more to destroy it institutionally than anybody.

The cool of the Velvet Underground: What binds fans to the Velvet Underground – fans in private – is this closet character in a band that was supposed to be the epitome of cool: a fantasy of an underground world of S&M dungeons and shooting galleries that offers pleasures similar to those to be had from ‘underground’ books in the hip-Gothic tradition of Sade, Georges Bataille, William Burroughs, Hubert Selby Jr and whoever serves as a present-day inheritor (Chuck Palahniuk?). Reed rewrote these books, in essence, as songs.

The politics of zombies: That’s an irresolvable setup, but it gets to the heart of what makes our zombie friends such paradoxical creatures: metaphorically potent because they’re grounded in a mundane reality, spiritually provocative because they dispense completely with spirituality, symbols of class warfare that posit a classless society as the ultimate horror. The zombie embodies the greatest horror of death: the inescapable sameness of it.
Posted by Paul at 12:34 am

The assumption that Australia (and New Zealand, for that matter) is without culture save the bogans-and-footy kind seems to me a remarkable act of uncritical thinking, and yet it's widespread.