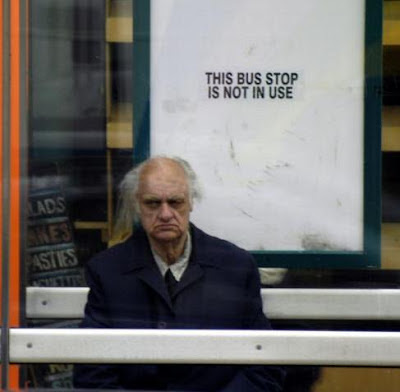 Anonymous has alerted me to a new initiative by Masculinist Evolution New Zealand (MENZ), the organisation for angry men. Next week, MENZ are going to get hip with the youth, distributing leaflets at universities in the Auckland area.

The leaflet, which can be downloaded from this page, begins:

If you’re a man, then you really should reflect on how worthless you have become, and you should also recognise that there is very little concern neither for how badly you might be injured physically, nor for how long-term might be your psychological hurt. And, one day, whether you’re sitting in some unfamiliar surroundings wondering how it is that you’ve actually managed to lose your home, your children, and much of your future income, or whether you’re defending yourself in a courtroom against a false and malicious accusation of some sexual sort, or whether you’re dying in a hospital from some male-specific disease that no-one has been funded to research properly, or whether you’ve been passed over for promotion because of your male gender, or whether your children are being brought up to look upon you as if you were some kind of potential abuser, or, perhaps, when you are lying in the road because your partner has attacked you with a knife, and yet it is YOU who gets arrested, then, surely, even a piece of sh*t like you - because, quite clearly, this is what you are - will finally wake up and realise that you are considered by your society to be completely expendable, and well and truly worthless.

It's all about "going to the younger male generation and providing them with not just information but a journey." ¡¡ROADTRIP!! Not surpisingly, required reading for the journey includes Eve's Bite. The leaflet, after that inspiring introduction, goes on to pose such questions as "do men get paid more than women," the answer being:

No, the gender pay gap does not exist. Men and women get the same pay for the same job. The fabricated problem lies with males and females choosing different jobs with different risks. If females were to choose jobs such as mining and working on sky scrapers, they too would get danger money. The other reason is that women prefer to work part-time to raise their children.

I could comment about disgruntled wife-beaters who have been dumped by their long-suffering wives and now blame their misfortunes on the Vast Feminist Conspiracy, but I shall move on. The Herald reports that the country's only Men's refuge has opened in Tauranga "to accommodate local fathers when their marriages collapse and out-of-town fathers visiting their children..." Correct me if I am wrong but isn't that more of a hostel than a refuge? Are not women's refuges for women who are hiding from their violent husbands, not merely looking for somewhere to stay?

They could have picked a better time, its mid semester break for the next two weeks. Silly!

Picking the right time and place seems to be a bit of a challenge for this crew. A stunt by their British counterparts F4J, aimed at boosting the cause in the US, has earned them the wrath of a gun-totin’ Good Ol’ Boy, who’s called them Retards 4 Attention because they defiled a memorial to Abe Lincoln, the Father of the nation.

I'd love to see d4j take on this dude in person :)

Sophia, I neglected to mention mid-semester break in the post. I would like to see them turning up to a near-empty campus.

Let's be blunt back. They're all a pack of moaning menopausal males whose hormonal problems leave them to lose all rationality whenever custody and parenting issues are involved, and they rarely include blokes under forty five.

(And sock con troglodytes like the batty Babs Faithful...)

United Nations allege unlawful male gender discrimintion in Family Court. How is the Minister of Courts Rick Barker and Minister of Justice Mark Burton getting on with the request from the UN as it is several weeks over the deadline ? Lawyers are awaiting .
You fools are really quite a sad bunch of twats . Watch and learn something as justice is coming !

For great justice, read this: Gender 'not a factor' in Family Court decisions.

It really says something about you, Mr Burns, that you try to insult people by likening them to female genitalia.

"Although the trust was founded by the Union of Fathers, Ms Ewart said she was one of two women on the committee and women were essential to its work.

"An organisation like this wouldn't work if it didn't have some women in it because men don't network and don't have the passion," she said."

Paul , do try to stop twisting things you bent socialist weirdo , the family court is bias and callous . Several cases will shock even you heartless communists as the disgusting damage to vulnerable children is horrific . The International Court of Justice is well aware of my case as is the House of Lords . For once in your twisted bent life Paul try to face fact and accept your Government is nothing more than a feminazi regime of hateful vindictive fools who have destroyed the moral backbone of NZ by undermining the rights of the FATHER .

To misquote the great Alexei Sayle, "I'm sorry I said 'twat' - I feel such a cunt now."

Yes- D4J's ravings are more like what a radfem mate of mine calls
'testosterone poisoning...'

Dear liabore lickspittles at least stuff allows my comments Craig Yellow , why don't you reply to this on stuff now matey ??...

The rather disturbing obsession shown by senior members of the Labour Government with its continued vitriolic smear campaign of John Key indicates how desperate they are to stay as control power freaks. It seems they are trapped in the deluded mentality of being willing to do anything to improve the no-win situation. The polls indicate otherwise and will only swing more National’s way after a Government intent on adopting reckless gutter tactics. Why cannot they see that they are tainting the whole political system? They are displaying appalling behaviour commonly seen in a kindergarten when spoilt kids cannot get their demanding ways. The stinking thinking of our Labour pollies who spew scathing campylobacter rhetoric does not reflect balanced and healthy role models. Do they forget they are just privileged public servants. The public is bewildered with this and I’m in no doubt that the Labour ship is suffering from wayward thinking and is well past its use-by date. I wish the election were sooner.
Comment by dad4justice — 27 August 2007 @ 9:22 am

We must be able to nominate D4J for some sort of Diatribe Award? That last piece was matched for vitriol only by incomprehensibility.

Keep up the good work D.

There's quite a difference between d4j's vitriol and that of the other posters so far.

His anger is clearly palpable and his sense of outrage extreme.

Every other poster has been snide and dismissive. Very salon.

The original posting was about an initiative to enlighten students of the appalling statistics that illustrate how poorly men are faring in our age. No-one here has yet tried to answer this.

Rob, as someone that has made financial contributions to the flyer campaign, do you find women in positions of power emasculating, or arousing? This is an important question.

Rob, If you were familiar with D4J's postings elsewhere, you would know that snide & dismissive is the only way to deal with a rabid dog.

D4J know's the tenor of Fundypost, seeing he has been banned from the likes of Public Address & NRT no longer takes comments, I can only assume he is looking for other places to troll. He gets what he deserves.

D4J has made his particular grievance fairly well known over the blogosphere, and his manner doesn't really earn him any respect. So the hell with him.

Quite. I am sure it is very salon, but most commentators here tend to write in sentences. By contrast, I imagine D4J has one of those fridge-magnet poetry sets, from which he chooses words at random. Other commentators also do not call their opponents vaginas.

"Rob, as someone that has made financial contributions to the flyer campaign, do you find women in positions of power emasculating, or arousing? This is an important question."

I'm glad you're at least showing interest enough to read what's being posted on the MENZ board. I wish more were.

As for your question, it is of course, not a question but a device.

I will volunteer this though. Human misery isn't something to be mocked or dismissed, even if it makes us uncomfortable. Suicide is the ultimate and most convincing protest. Men are ending their lives at a rate 4 times that of women, and many of them are directly the consequence of pressures that are uniquely imposed on men.

I have only a passing and second-hand knowledge of the pressures D4J was put under. Many like him are no longer with us.

I was prepared to part with a paltry 100 dollars to bring this and other facts to public attention.

"Suicide is the ultimate and most convincing protest".

Incidentally, who is this "Liarbore Lickspittles" person? Sounds like a character from a J K Rowling novel.

Have your friends told you there is no Liarbore Lickspittle? Spectator, your little friends are wrong. They have been affected by the skepticism of a skeptical age. They think that nothing can be which is not comprehensible by their little minds.

Yes, Spectator, there is a Liarbore Lickspittle. Liarbore exists as certainly as love and benefit dependency and NZ socialism exist, and you know that they abound and give to our lives their highest beauty and joy.

That's ... actually rather authentic in tone and feel, Craig. Impressive. Have you considered a career in commenting on Kiwiblog?