Straight is the new Alt 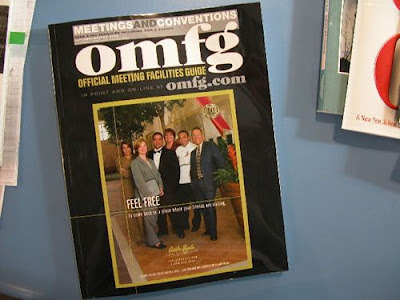 Among the general population, the issues receiving the most attention were overall care and resources devoted to children – 82 percent said change was "absolutely necessary;" the quality of public education, 82 percent; and national security, 72 percent.

Among evangelical Christians, however, the top three priorities were "enhancing the health of Christian churches, upgrading the state of marriage and families, and improving the spiritual condition of the U.S."

According to research by the Barna Group in the US, the priorities of evangelical Christians devaite from those of average Americans more than any other subgroup.

This is news worth relishing. All those fundies who talk about the Family, Judeo-Christian values and that old time religion, they are the outsiders. Everyone else is more American than the people who claim to represent the American Way.
Posted by Paul at 12:44 pm

Oh, they know they are a minority - a righteous minority. But some of the more radical evangelicals think that by linking up with global corporations, they can have an influence well beyond their numbers.

It's been done before, and I wouldn't be too complacent about their minority status if I were you.

Yes, they have considerable influence amongst the international polyester industry...

Can I just say that the cover of OMFG magazine gave my son and I a most excellent Friday afternoon laugh. Thank you, sir.

I did it for the LULZ. I am glad you both had them.

Having just listened to Professor A C Grayling interviewed on NatRad about his book ‘Toward the Light of Liberty: The Struggles for Freedom and Rights that made the Modern Western World’, and then finding this article by him in Prospect magazine (Faith's last gasp: Despite superficial appearances of a resurgence in religious belief, we are actually witnessing the death throes of faith) I feel a whole lot more optimistic today!

Thank you, Anonymous. I like Grayling. I missed the interview but I shall post a link to the podcast when Nat Rad uploads it.

Other Anonymous: no, I would not be complacent about Evangelicals. Their influence is far beyond their numbers and they never miss an opportunity to extend it.