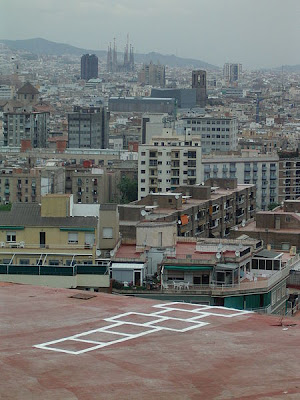 At times like this, I am glad I am not a psychiatrist. If I were, I might be wondering why everybody seems to have an opinion about the mental state of Tony Veitch, based on everybody's extensive background knowledge of what has been published in the papers, added to everybody's rich store of anecdote and unassailable prejudices.

I might also wonder why everybody seems so keen to throw around phrases like 'malignant narcissism' and 'ideation,' despite never having had to sit through a lecture on Psychology or having to sit an exam on same. It seems everybody knows about the workings of the celebrity mind and has an opinion to make about the causes of such workings. Someone ought to describe this phenomenon, and identify it as a Syndrome. Symptoms of this Syndrome might be the delusions that the celebrity's mind is so transparent as to invite immediate inspection and that the observer has the ability to make a diagnosis from newspaper reports.

Others might say that Veitchy was asking for it. Certainly his behaviour was very public and not very sensible. Having pled guilty as part of a package that allowed him to escape some lesser charges, he then made his last stand on the courthouse steps, claiming that he should have had his day in court, but that he did what he did for the sake of everyone involved, not the least of whom was himself. He went on to say that his day in court would have involved further besmirching of the woman he had pled guilty to assaulting. He then said he would be suing several media outlets which had besmirched him. Clearly here was a man who thought that his case had gone into extra time, and that he might still win by a penalty kick.

But is this the behaviour of a man suffering from whatever mental condition everybody wishes to assign to him? Because his madness does not seem to be a solitary condition; it looks more like a team effort. His counsel, Stuart Grieve QC, was is no mood to retire to the dressing room. Rather, he was on Checkpoint within hours of the verdict, telling Mary Wilson that, had the day in court been had, he would have delivered a "bruising" and that there would have been "blood on the carpet." Given the nature of the offence and the nature of the audience, these words seem insensitive, to say the least. Team Veitch appear to be an inadvisably pugnacious outfit, even in defeat. To them, a court case is obviously a game of three halves - which still can be won, long after the plea bargaining is over.

Whatever Veitch's mental condition, it cannot have been helped by his being surrounded by people who were so determined to carry on fighting, against the odds but in chargeable time. If I were writing a column for a Sunday newspaper, I might say something like this: the long road to Ngaruawahia began at the steps of Auckland District Court.

Thankfully for all concerned, I have no such column. Regrettably, Paul Holmes does. His explanation for the course of events is less psychological than theological:

I think that last year, with Tony on the verge of becoming the major New Zealand television presence, God said: "No, no, Tony. Not yet. There is something that has to be paid for. You have to pay for it and it's up to you to find your way back." I think Tony Veitch will find his way back.

Like me, I suspect you had no idea that Veitchy was on the verge of becoming the major New Zealand television presence. You probably thought of him as that man who read the sports results, and no more. Whatever the costs of this matter, which include several hundred thousand dollars and Veitch's mental health, it undoubtedly has made him a household name. To learn, from no less an authority than Holmsey, that this was all the work of Godsey, will no doubt give him some comfort.

Holmes said this too:

A radio breakfast guy like Veitch, who was struggling with his breakfast job and finding it much more difficult than he had thought he would, as Veitch was at the time, is especially tense on a Sunday night. Sunday night is not a night to have a fight with a breakfast man.

We have, all of us, at least learned one lesson from this sorry tale.

Elton John, before he had hair:

Godsey... hah! But who's going to tell Dunne-Powell that her getting kicked in the back was a trial that He had devised to test His Most Talented Broadcaster?

Hello? Abhorrently misogynisty bullshit Shia "Family Code" in Afghanistan that sanctions spousal rape?
Anyone? (apart from No Right Turn, whom I applaud)

Excellent post. I think i chuckled at least three times. I especially like the line, the long road to Ngruawahia.

I wonder what the radio woman and television woman of our acquaintance would make of Mr. Holmes's defence of the volatility of the (archetypal?) "breakfast man"? And is not the argument also potentially true of any position of responsibility (such as those formerly held by Ms. Dunne-Powell?)

My own reaction is that membership of a robust union is one way in which the isolation of being new in a difficult job can be offset, but to assert that more directly would be to imply I agree with Mr. Holmes's argument, which I do not.

I am rather tired of hearing how bad things are for rich and famous people. Everyday people put up with a lot more, without the money or the fame.

Having said that, I do appreciate that celebrities have a purpose beyond their intentions, in that ethical discourse is played out through their lives. Everyday people discuss issues such as domestic violence through the events in the lives of celebrities. For this reason, this case is far from trivial: it is a showdown between two very different attitudes to relationships. The one says that violence is inexcusable in a relationship; the other says that a man can be pushed too far. Whilst the other is indefensible, it is far from uncommon. At least a case like this one gives it some exposure to the light of day.

Of course, the plight of women in Afghanistan is far worse and deserves attention from the media; but in terms of effecting some change, I think it is better to use my limited resources on this case.