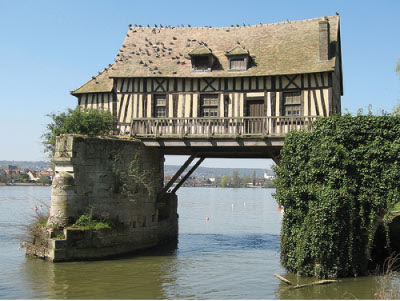 Surely, when your father first bought this business for you, it came with a user’s manual of sorts

In which architect Catherine Siu writes herself out of her job.

In September 2009, US diplomats were told by Libya's national economic development board: "The NEDB is cooperating with the UK government and the London School of Economics, among other UK institutions, on an exchange program to send 400 'future leaders' of Libya for leadership and management training."

In which economist Sir Howard Davies leads himself out of his job.

This is the way the world turns. RMJM was founded in 1956 by Robert Matthew and Stirrat Johnson-Marshall. They were based in Edinburgh and designed some of Britain's best modernist buildings, including New Zealand House in London. But somewhere on the way between then and now, the firm became a limited company and then was bought by Sir Fraser Morrison, who installed his son Peter as boss. Hubris, next exit:

Today, in an industry that rewards gray hair, the man running one of the world's largest architecture firms is just 34. Peter Morrison has no formal architectural training and no built structures in his portfolio, but he could reshape the business of design.

"Our goal is to become a superpower in the architectural industry," says Morrison...

... Today, Peter Morrison calls the group's business model "evolutionary." It boils down to organizing management responsibilities so designers are freed from finance, legal and other administrative tasks to concentrate on creating buildings.

Morrison would like to see that model change, and earlier this year RMJM donated $1.5 million to Harvard University Graduate School of Design to establish a program to train architects to integrate business management, advanced technologies and design skills.

Unfortunately, it seems that Morrison did not organise management responsibilities so designers would get paid. That $1.5 million would come in handy right now. Here's some more hubris, from Harvard:

Morrison delivers his speech, which he has memorized. After some polite praise of the school and its professors, he visibly relaxes as he warms to his theme: the architect of the future. “I believe the architect of the future will be much more than a stylist,” he says. “Instead, he or she will be a leader … The architect of the future must regain the status of master builder.” He lauds RMJM's collective process as superior to “the media-created phenomenon” of the “starchitect” before moving on to some “hard truths” of the industry as a whole: first and foremost, that the financial reward for architects is “miniscule,” so that the agent who sells a building will often earn a higher fee than the firm that designed it (a fact that Morrison will point out to me multiple times over two days in Cambridge). He wonders why a top-tier design firm can't command the same respect and compensation for its “intellectual capital” as McKinsey, the famed management consulting company, does.

Perhaps it is because McKinsey can do management. RMJM could do architecture and should have stuck to it, rather than repositioning itself as a global design brand.

The LSE drew attention to an episode last May, when Saif gave its Ralph Miliband memorial lecture, and a protester was allegedly assaulted by one of Gaddafi's associates. Professor David Held introduced Saif to the audience to deliver the lecture, an annual occasion dedicated to Labour leader Ed Miliband's father who taught at the LSE and remains one of its most revered figures.

Held, an academic adviser to Saif when he studied at the LSE, was also on the board of the LSE's North African research programme, funded by the Gaddafi charitable foundation. He told the audience: "I've come to know Saif as someone who looks to democracy, civil society and deep liberal values as the core of his inspiration." Held is said to be appalled by Saif's "last bullet" speech.

Well, yes; it is not exactly the Third Way, is it? For Sir Howard, it is exit pursued by an inquiry; one that will look at many things, including
"the academic authenticity of Saif Gaddafi’s PhD thesis."

You would have thought, would you not, that all these managers and leaders would learn. These sorts of things repeat themselves time and again: owners who get greedy, colleges which take dictators' money. But no, the men with the knighthoods and the MBAs stuff up time and again. They probably won't have to accept the consequences, because the world is not made like that any more. But at least we have people like Catherine Siu and the assaulted protester to speak a bit of truth to power; people with courage and principles, the things they don't teach you at Harvard Business School.
Posted by Paul at 1:00 pm