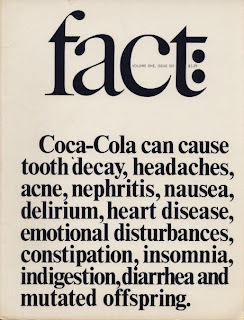 I saw a McDonalds advertisement on the television. It was for some sort of chocolate drink and it went like this: a young woman who clearly worked in some sort of administrative role bought a container of this drink and then waited for a lift, presumably to take her to the office where she worked. However, when the lift doors opened, a tsunami of brown liquid spilled out and upon her. She clearly found this experience to be immensely satsifying.

I don't know about you chaps and chapesses, but it was nightmares of this kind that persuaded me to abandon office-work for good.

Here's a film by Ken Russell about Shelagh Delaney and Salford. The moment when she answers the voiceover is marvellous.

I prefer the Devils (and I drooled over a certain wrestling scene in Women in Love!!!)

Thanks for this Paul; very much appreciated.