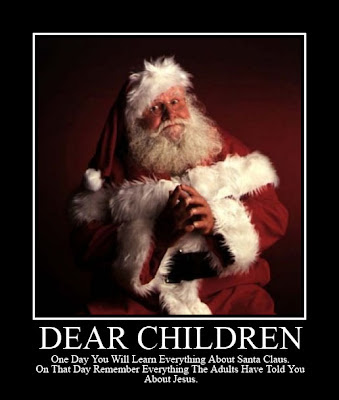 It's that time of year again. Yesterday's lead story in both the Herald and the Dom was that a New Zealander had been bitten by a snake, in Australia. Woop de woop, as the young folks say. In an effort to provide readers with something to read, here are some links to some items of interest.

In the New York Review of Books, Malise Ruthven reviews some books concerning the religion of peace. In the TLS, John Habgood grumbles about the New Atheism, "which has a sharper tongue, is gleefully aggressive rather than solemnly regretful, and makes much use of ridicule." Oh yes, indeed. In the Guardian, Timothy Garton Ash talks about faith, reason and Mitt Romney. Robert Bellah longs for a global civil religion.

Lincoln Caplan makes an exhortation about executive supremacy. Jonathan Jones gets the creeps from the Isenheim Altarpiece. Paul Hockenos considers the romanticising of the Red Army Faction. Christopher Hitchens measures his words.

Finally, Caleb Crain contemplates the twilight of the books.


There, I bet that cheered you up. Today's illustration was provided by the excellent Mr Samuel Finnemore, who has spent most of this year commenting for great justice on Mr Wishart's blog.
Posted by Paul at 2:35 pm

Grazie for the hat-tip, Paul, although ultimate credit resides with 4chan's "Anonymous".

Ah, but I never mentioned /... um, I mean, the imageboard in question of which the rules of the internet prevent discussion.

(It was ganked from Paranormal, believe it or not.)

Sam, you must have extremely strong gastric juices to confront that much vacuity at multiple sittings...

It's worth it for the times when there's something really egregiously idiotic that needs shooting down.

There is a small hardcore of contrarians on TBR, most notably Danyl McLaughlan and Ryan Sproull, who have spent 2007 trying to get some fresh air through TBR's religious-conservative echo chamber. They're much more patient individuals than I.

If you like, we can pretend this is The Briefing Room: I will respond to your comments by saying something irrelevant to the discussion, such as "I herd you liek Mudkips."

reading the top of your blog re: stories no one cares about becoming headline news... you should have watched the tv3 christmas day bulletin, it was a collection of the worst reporting, worst stories (think russian orphan finds home in NZ) and worst camera/editing work i think i have ever seen cobbled together. it was completely cringe-worthy unwatchable, this coming from someone who will watch anything.

I wish I had seen it. Now it is Summer, we will have this sort of nonsense reporting for months. At least we have the Bhutto assassination to keep us busy.

Why not create a parody of aforementioned dreksite, named
The Barking Mad Room, and mercilessly send up its habituees/addicts/the afflicted/sock con apparatchiks?

All this global farting lefty bullshit over at Brown's Paris Hilton theatrical blog, while Bhutto just bumped her head on the sun roof !!

It must have been quite a sunroof.

In any case, even were she not pumped full of bullets, would she have hit her head if it were not for the bomb exploding nearby?