Revenge of the nerds 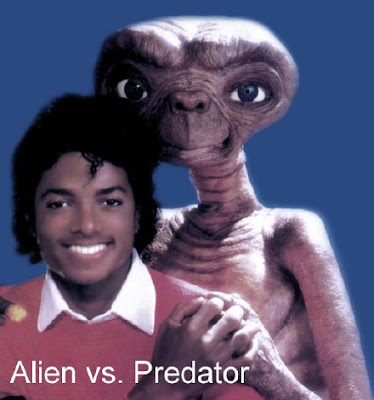 This is what happens when you mention Sci-Fi on your blog: you get assimilated into the Borg, or something like that.

I do not refer, of course to the original Battlestar Galactica which was ridiculously camp and quite enjoyable. I refer to the new and improved Battlestar Galactica, which is ridiculously kitsch (there is a difference between camp and kitsch, which we must discuss later) and quite dismal. Please don't read any further if you are an easily offended geek, but I have more than a few difficulties with this programme.

For a start, it is so serious, while its model was so flippant. The story is much the same (I realise that somebody will tell me I am quite wrong here: sosumi) but the treatment is so different. The original knew it was just a fantasy; the copy takes itself seriously.

Which brings me to my second point: the new Battlestar Galactica is an allegory. And we all know, or should know, that allegory is the worst form of fiction: This goes with That; look folks here is a hidden story that is not so hidden. You can Learn from This.

Which brings me to my third point: the allegory is about America (the Beautiful) finding itself; correct me if I am wrong but I think you will find I am not. There are good guys and there are bad guys, who used to be with the good guys and are not so bad anyway; and anyway the good guys are not so good (I take it you are still with me, so I will continue).

Which brings me to my fourth point: it is a Western. Nothing wrong with that but, in Westerns, chaps should be wearing chaps. Like many sci-fi, space opera, whatever stories the setting may be some distant galaxy but the format was made for the Old West. Don't get me started on Firefly. No, get me started: I saw both Battlestar Galactica and Firefly at the behest of a particularly literal-minded and semi-educated former friend who did not know enough about narratives or the history of Cinema to realise he was watching nothing more than reworkings of Wagon Train and Stage Coach. I suppose he got some childlike pleasure from hearing an oft-told story told once again.

Fifth point: constellations are not real, they are optical illusions. If you found a rock with a plan of the constellations on it, you could not navigate your way home by it.

Sixth point: the hot chick with the arrow. Now, I may not know much about art students, but I know what I like; and I know that art students, the really keen ones who carry their work around with them in the hope that somebody will take an interest in it or them, carry said work around in plastic tubes just like the one in which the hot chick carries her arrow. What I mean to say is that the makers of this programme spent gloads of money on special effects but, when it came to choosing something in which to put the magic arrow which is apparently so important to the plot, they went to their local stationery warehouse and fought their way through hoards of fourteen year-old girls to grab a plastic tube which ought to contain delicate watercolours expressing the artist's inner turmoil.

I suppose I could go on but it's just a song about cylons. Besides, I am really only writing this because I am so depressed about the incoming General Election results. Judith lost, Nikki Kaye is my MP and I am out of wine. Feck.

Artworks, particularly works on paper, should be stored flat, not rolled. But tubes are OK for short term transporting. Shame about Judith. And Nikki.

love the post, even though I like BG and Firefly. Very witty on the sosumi - I take it you're a Mac lover from way back.
I also feel down about the election result - makes me want to leave NZ again (last time early 99 - driven out by Shipley and her fanatical colleagues).

She found the arrow in a city on a planet that had recently been nuked. The tube was the most convenient thing laying around. Surely artists of the future need to carry around their art in tubes too?

I realise my comment will be lost amongst your post-election posting-surge but I thought you might be amused to know that you had me cheering along with your critique of that strangely popular series. An observer more astute than me had recognised the flaws in this bloated, self important rubbish and was cruelly exposing them in one withering phrase after another.

Then you had to turn on Firefly. At once I was transformed from smug to snivelling. Oh, no, Paul, you don’t understand. Joss knows these are old stories; he is using the old tropes to explore new characters. You simply need to watch more, you just don’t get it.

I’m done snivelling now. Just thought you might like to know the power you have to amaze and annoy at in the space of two paragraphs.

Why, thank you. And of course your comment has not been lost; all readers' comments are welcomed (offer does not apply to Tim Ellis).

I am sure you are right about Firefly: Joss knows. The question is, how much of his audience does? I might post about this soonish.