Shirtlifters of the world unite 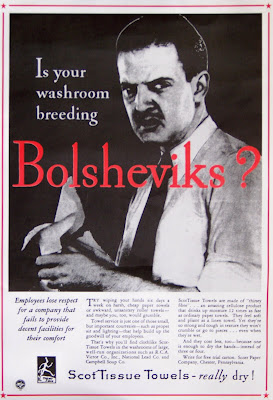 “David and I were sunbathing on a very busy beach, when, out of the blue, two men, one middle-aged and the other much younger, approached us. One spoke perfect English, the other perfect French.

“They seemed nice and invited us out for a very generous lunch and poured us vodka. David and I had consumed quite a bit of alcohol and may have been a little intoxicated when they began hitting us with questions. It all seemed rather strange.”

Golly. Two young chaps, on a beach far away from School in an exotic foreign land are approached by friendly foreign gentlemen. Fortunately, young Cameron was not going to be taken in:

“They were clearly trying to sound out our political views. David’s weren’t particularly socialist at the time. They quickly grasped that he wasn’t a Lenin sympathiser or anything like that. We were not going to make disobliging remarks about Britain or our prime minister, Margaret Thatcher.”

No, that would be treachery and, as we all know about the Soviets, their trade is treachery. Fortunately, the young chaps were not Lenin sympathisers or, as we know them, Bolsheviks.

Young Cameron showed something of the mettle that has made him Britain's most decisive Prime Minister since Sir Alex Douglas-Home:

He said Cameron’s relaxed demeanour swiftly changed as he became suspicious about how the men could afford to pay for an extravagant lunch, when they claimed to work in a hotel.

Together, the two chums decided to be discreet and not to turn up for dinner

We decided it was probably best to be discreet and careful during our two-week wander around Russia, so we failed to turn up for dinner. David’s words were: 'Let’s definitely not go.’

Many years later, Griffith and Cameron - long-retired from public service - would often recall their adventures in the Caucasus over a glass of whiskey after dinner. On one such occasion, as the sun went down and the shadows crept across the lawn, they talked again of those two men whom they had met on that beach. As their laughter subsided, Griffith turned to Cameron and - looking him in they eye - said to his old friend, "you know, it's never occurred to me before but, come to think of it, maybe those Russian chaps just wanted a shag."

That story is just an excuse, sorry, reason for the clip, innit. Nice, but.

Look, it could be worse. It could've been (shudder) Iain Duncan-Smith...

And in the throes of orgasm our British boys never fail to sight Margaret's name.