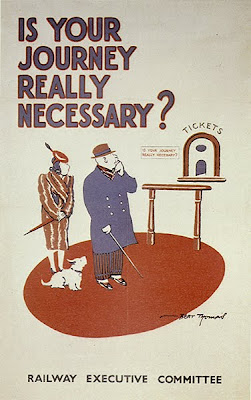 This is a news story. In New Zealand news rooms, potential news stories are judged by a triage journalist who looks for vital signs of tragedy, celebrity and property. The ideal news story would be something like that of an All Black and his weathergirl wife being killed by a falling housing market. These things rarely happen, so newspapers have to look for carnage on the roads, much as do magpies. Usually they find some dead teens, at least by Sunday morning.
However, this is Rugby World Cup time, when normal rules do not apply. Thus the fathers of unnamed Americans can be substitute celebrities, simply by the inclusion of the word rugby. And, as can be seen in this instance, one does not need tragedy; the avoidance of such is enough.
Other strange things are happening every day. Readers may have noticed the recent adventures in social commentary enjoyed by Rachel Glucina, while today an equal but opposite event occurred when Fran O'Sullivan drivelled:

Watching the former Cold War warriors toughing it out in New Plymouth the other night was great sport on several levels.

Good also to see our Prime Minister cosying up to Russia's Deputy Prime Minister Alexander Zhukov, making one of those special connections that will assist New Zealand as we move to cement a trade agreement with that country.

A simple but terrifying explanation is behind these two phenomena. In the New Zealand Herald's secret laboratories, scientists have managed to fuse these two columnists into one supercolumnist, a being so powerful that no event, whether important or trivial, will remain uncommented upon. This being is known by the name Fran O'Glucina. Where is your god now?

On Later with Jools Holland, as it turns out. Here, Mr Holland and Mr Tom Jones sing Sister Rosetta Tharpe. Note also the woman at 1:35 clapping enthusiastically but out of time.

"Note also the woman at 1:35 clapping enthusiastically but out of time."

All English people clap out of time. It's a genetic thing. Hurts my ears.