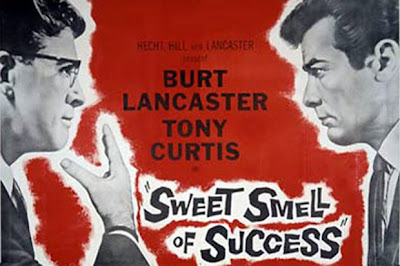 This wasn't the first time this had happened, although it was a new low that something so blatantly civil should be termed rude. A while back, someone tweeted Moffat asking if the next series of Doctor Who would feature a plot. Moffat blocked him, then unblocked him and sent him tweets asking him to go away. When several of the tweeter's friends pointed out he was perfectly entitled to express an opinion about his work, Moffat's media chum Caitlin Moran said to her friend: "And you're perfectly entitled to tell them to fuck off." Then faithful Tom Spilsbury sent the Moffat-offender tweets pointing out he had been a little rude: and reminding him that it was awfully stressful for a busy TV showrunner like Moffat having criticism of his work sent to him (One might put to Spilsbury the notion that the exciting thing about writing is stimulating debate, and interacting with people who don't quite see things your way. Or am I being rude?)

No, you are being a bore. Or, at least you were: this post is over a year old, yet it resurfaced in various places this very week, because  Piers Morgan said something about Twitter trolls and
Graham Linehan said something else. Graham Linehan, you will recall, wrote a very funny sitcom called Father Ted and another called Black Books; he followed these with a very unfunny sitcom called The IT Crowd. This last was really the same story as the second, which was a development of the first: narratologists eagerly await a Linehan comedy that does not have three main characters (bad, mad and sad) in a confined setting. But all these pale in comparison with Linehan's latest. The Daily Telegraph's IT guy explains:

A similarly jocular reference to doing away with the heinous trolls passed between Father Ted and IT Crowd writer, Graham Linehan, and Frankie Boyle, the unthinking man’s Jerry Sadowitz. After Boyle tweeted: “If my block button killed people we’d be living f**cking utopia”, Linehan replied with an emphatic “I hear THAT”.

It's all about the timing. You could try using this with your friends: whenever somebody says something that is not very funny, you could respond with “I hear THAT.” Soon, everybody will find you annoying. But many other people, well some at least, found Linehan to be offensive. So they reached into their memory banks and pulled out Mr  Richard Cooper's long, indignant and aggrieved sob, a part of which is quoted at the top of this story. Mr Cooper is interested in narrative, so he likes a good story, and does not seem to mind that Mr Linehan's stories are the same. Mr Cooper's story is one of enchantment and  disappointment.  First he is charmed by Mr Linehan, then enthralled by the attention Mr Linehan gives him on the Twiter. But then Mr Linehan says rude things to other people on Twitter. Not only that, but Mr Cooper was horrified to observe Mr Linehan blocking people.

And then things worsened. Steven Moffat, another writer and one involved with Dr Who –  a children's television series that has been revived for the onesie generation – also said rude things, the rudest thing of all, in fact:

Moffat replied: When did I say I thought I was contributing to bisexual visibility?? Please stop being rude to me, you have no reason to be.


Not only had Moffat failed to contribute to bisexual visibility but he had asked his interrogator to stop being rude to him, which is a rude thing to do. The interrogator had demanded "Is this hard to grasp?" This is not rude.

And then Goldacre and Booker became involved. It deepens like a coastal shelf.

And it goes on and on. Twitter, you see has a central problem :


The central problem with Twitter is that we the proles are allowed to freely mingle with the first-class passengers. This causes tension when we fail to know our place.


I think I can help here. I have a central solution: do not follow the rude celebrities. That should do it. But no. Mr Cooper's heroes have behaved in a manner unbecoming. They must be held to account.  So Mr Cooper, being a lover of narrative, ends his story with a moral lesson.


Twitter belongs to the people, not the sitcom writers, columnists and script editors (let alone the restaurant critics - now there's a candidate for an underclass). Only tyrants boast of their ability to mute and block.

Leaving aside the fact that restaurant critics are second only to art critics in hauteur, one must wonder about his notion of tyranny. Muting, as practised by old-school tyrants, usually involved the removal of tongues, while blocking is too indelicate a matter for a genteel blog. If tyranny has come to this - script-writers responding to complete strangers who complain about  bisexual visibility (does this involve DayGlo?) and blocking others on Twitter - then the world may now be a better place than before. 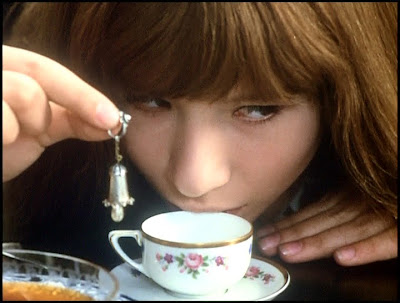 But what is extraordinary about all this is that it concerns the behaviour – no, conduct – of two men whose only real sin is to write increasingly repetitive and formulaic television scripts. What is remarkable is that the people in this ring who are condemned for supporting those men – Goldacre, Booker, Moran and Coren – are the only ones in this fight who still display some writing ability.

And yet none of it matters. Script writers and Guardian columnists face the wrath of 29 years-old Richard Cooper,a budding writer with a degree in English and American Literature and an MA in Dickens and Victorian Culture, both from the University of Kent. He is taken seriously only by several pantomime dames on Internet. The rest of us look on in bewilderment at the peculiar culture of geek hero-worship and rejection, while waiting for the next Great Disappointment – which probably will involved Joss Wheedon, as it usually does – to befall this  community of overwrought people who watch too much television and overanalyse it too much.

Meanwhile, Mr Giles Coren – son of Alan and sister of Victoria – not only makes money from his restaurant reviews, he gets sex.