CALIFORNIA’S RELICS.
IDEAS FOR OUR ARCHITECTS.

Among the vivid impressions received by travellers visiting California for the first time, are the beauty of place names and the use of the Spanish mission style of architecture in the building of homes and other buildings. And one learns, if he did not know it already, that this is the result of the Spanish occupation of California when Spanish priests laboured there, nearly 200 years ago, building missions which are standing to-day, just as the sweet-sounding names survive— Santa Barbara, San Louis Obispo, San Miguel, San Gabriel Archangel, San Fernando, San Francisco, Sacramento—all relics of the days when Mexico included Texas, what is now New Mexico and Arizona, and extended northward beyond San Francisco. 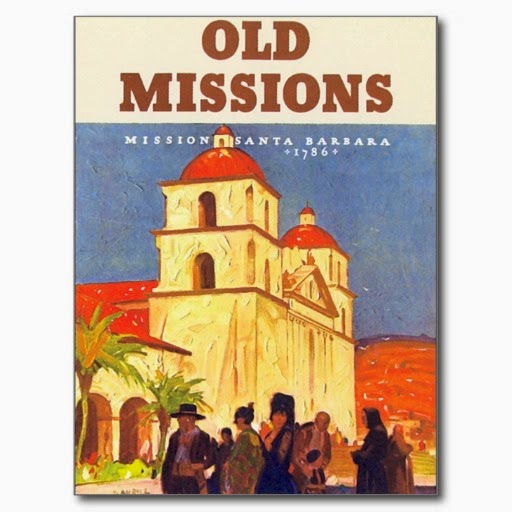 At Juarez, the old capital of Mexico, across the Bio Grande from El Paso, there is a cathedral which is over 300 years old and has no metal work in its structure, because there was no iron to be had. It is of adobe and wood, except for its peal of silver bells. From such ancient backgrounds Father Juniper Serra, the pioneer of Californian missionaries and his fellows started out to blaze a trail which was to be known as El Camino Real—the King’s Highway —and to extend along the coast from San Diego to San Francisco, where today stands the old Mission Dolores, built in 1776, to be an oasis of peace, though the priests never dreamed that a busy city would be built around it. This mission, however, was far from being the first of this chain of memories in stone. The first mission was built at San Diego, where Father Junipero and his helpers, who had come overland from eastern Mexico, awaited the arrival of others who were travelling by sea on a long roundabout course. These ships were bringing provisions, and their late arrival caused dismay in all hearts save that of the gallant leader. From San Diego the priests travelled on horses or mules, and at the end of each day’s ride Father Junipero Serra dedicated a mission to be a resting place and house of worship for other devout travellers, so that the missions stand at distances of from 20 to 30 miles apart, depending on what speed the worthy father made on each day’s journey. But he travelled rest fully, since there was nothing to hurry for, with civilisation far behind and all eternity before. 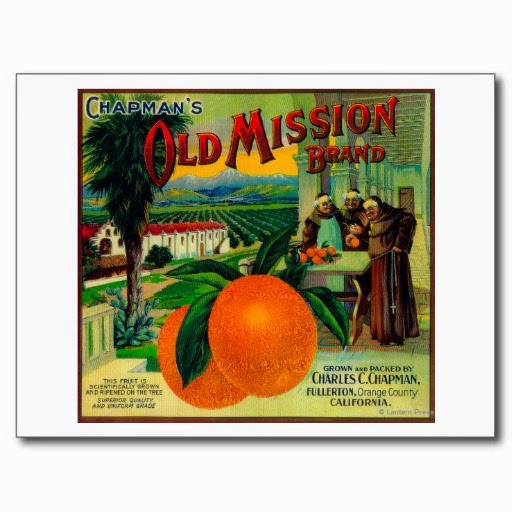 The second mission was built at Monterey, on Monterey Bay, a place which was destined to become the first capital of California. This was the San Carlo Borromeo Mission, built in 1770. It is well preserved to-day. All the missions erected during the first ride northward of the fathers have not survived. Some of them were rebuilt, though in the main the patient work of the priests and their Indian volunteers remain. They adhered to the true Spanish style of architecture, and their work is, today, a model and inspiration not only to Californian architects, but to New Zealand and Australian architects, too. In modern buildings in Auckland, for example, such as the Grammar School, the influence of the old mission style can be seen. One of the missions pictured on this page shows distinct resemblance to the Grammar School.

The Carmel Mission, built in 1771, was one of the first four missions to be built, and was for years the capitol of all the missions. One of the most beautiful buildings is that of the Santa Barbara Mission, at the city of that name. Enclosed within its walls is a Forbidden Garden, into which woman was forbidden to step. In the building of the missions the Indians provided the labour, and the style was the Spanish renaissance. They were built of heavy adobe and masonry. Indian neophytes, ready pupils of priests who were skilled artists, painted the ceilings and carved wooden altars. Near each church was always a graveyard, and these, too, remain to-day, some of the lettering on the old tombstones being sometimes decipherable. 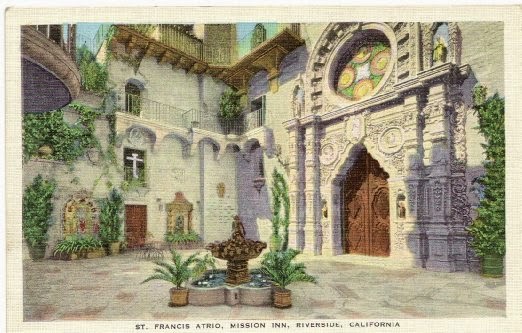 The unaffected simplicity and unostentatious grace of the old Spanish architecture which is found in the missions, are revelations of what true artistry can be. One cannot help wishing that some of our well-meaning builders of mansions in New Zealand who affect this style could visit California and see for themselves, not only the original buildings, but the beautiful modern homes, often grouped in garden suburbs, built in the mission style and true to type, in every detail, even to the bold colouring in bright blues, yellows, reds and greens, with old-fashioned designs of metal work in hinges and latches and other fittings, old-fashioned tiles and no guttering or spouting on the outer walls. In the blazing heat of California one would expect to see wide verandahs, such as mark the colonial type of buildings of Australia. In the mission style, however, there were no verandahs. Instead, there were cool colonnades, with the sun’s rays well diffused by the roofs and masonry overhead. Often these colonnades opened on to enclosed gardens, where fountains played. The priests knew that while the heat at times would be intense, the weather could also be very cold, and the best way was to keep both heat and cold out. They built as they did in Spain, for warmth in the rooms in winter, and coolness in summer, in the latter case by shutting out the burning heat, and letting the cool air from the fragrant courtyard drift into the rooms. There is one perfect example of Spanish style in Australia. It is the homestead of the station of Bar-Yugil, near Yugilbar, on the North Coast and so, few people ever see it. Its suitability for the hot summer weather of Australia could be seen on hot days, when the fountains played in the courtyard, over which a striped canvas blind was stretched, and the windows and shutters on the outside of the rooms were shut. On the inner balcony one could lean over in the cool air, watch the fish in the fountain and smell the scents of the flowers, while outside the temperature raged in the 100’s. How suitable for parts of New Zealand would be this Spanish mission style! In places, except in the height of summer, verandahs are too cold. But rooms with the sun pouring into them from unshaded windows are delightful in winter, while in summer, the courtyard could be a place for cool delights, even to dancing, since that attractive exercise never flags, whatever the season.