Oversharing for pleasure and profit 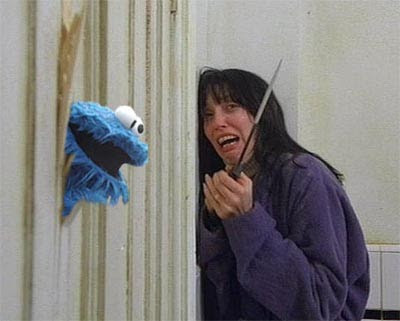 Back in 2006, when I was 24, my life was cozy and safe. I had just been promoted to associate editor at the publishing house where I’d been working since I graduated from college, and I was living with my boyfriend, Henry, and two cats in a grubby but spacious two-bedroom apartment in Greenpoint, Brooklyn. I spent most of my free time sitting with Henry in our cheery yellow living room on our stained Ikea couch, watching TV. And almost every day I updated my year-old blog, Emily Magazine, to let a few hundred people know what I was reading and watching and thinking about.

This is the first paragraph of Emily Gould's cover story for the New York Times Magazine. Why do we detest her already? Let me count the ways - because she was 24 and had just been promoted to associate editor at the publishing house where she had been working since she graduated from college (you can bet it was a private liberal arts college in New England) and she was living with her boyfriend (called Henry, for Gould's sake) and (of course) two cats in a grubby but spacious two-bedroom apartment in Greenpoint, Brooklyn.

And of course she had a blog, just like every woman like her in New York. And on said blog she told everything about her life to a few hundred voyeurs whom she thought of as friends because they commented on the stories she told of her life and boosted her fragile ego. And we, being more discerning and less prurient readers than her few hundred friends, want to know nothing of her life other than the answer to one question: what stained the Ikea couch?

But we will not be given that answer. Instead, Emily Gould tells us yet more of her life, at great length. She tells how she was invited to write for an important blog, an invitation which fills her with joy. This was a paid job; she became a hack blogger, writing for a big corporate blog which in truth is no more than a celebrity gossip site. But to Emily it was really important: it is at this sort of site, not in the Columbia School of Journalism, where the journalists of tomorrow are found. Of course, it wasn't easy: she had to make as many as twelve posts each day, carefully selecting stories found on other sites and writing short introductions in the sardonic style she had been developing since high school – some might say the style of humour and of writing which she had not grown out of, but that just shows how jaded some of us have become.

But things went horribly wrong, because Henry took exception to what she was writing about him, while lots of other people said nasty things about her. And nobody, not Henry, not the cats, not even the stain on the couch, cared about her. And it all got to much for her and she ended up curled up on the floor.

It is all in the Times Magazine. You may find it painful to read – Emily Gould cannot write. She strings together daisy-chains of cliché, journalese and dead metaphors. I admit I made it only as far as page five; I apologise to Ms Gould if she reveals the secret of the stain on the couch in the closing paragraphs of her narrative.

If you cannot bring yourself to read her story, at least look at the photographs of Ms Gould being vulnerable and showing her tats. And then read the letters from readers – yes, everybody else despises her as well. It is a warming feeling to realise that, on Internet, we are all one big happy family of people who may not have known of Emily Gould until recently, but now know her to be an overbearing, oversharing, attention-seeking hack.

Ah, the American genre that is creative non-fiction.

Plus, you should have read at least to the sixth page. Her girlfriend lives in New Zealand! We're one the map!

You may find it painful to read – Emily Gould cannot write. She strings together daisy-chains of cliché, journalese and dead metaphors.

I was going to write about this too rcently, but I eventually couldn't face the close reading that might have entailed -- I think I got to the third page. As ever Paul, you read this stuff so we don't have to.

If one perservered to page 10, then one would risk a debilitating bout of existential angst, methinks.

This is what happens to écriture féminine in the absence of ruthless self-editing: epistolary narcissism. If you're going to inscribe your own experience, you need at the very least an awareness of your aesthetic.

Having said that, let us also consider the wisdom of Blink 182: "Nobody likes you when you're 23".

Poor Emily. But as she earned a living making spiteful comments about other people on the internet can I detest her for her "cheery yellow living room"? What sort of 24 year old admits to that? I just know she's going to be an insufferable hip mamma blogger when she has kids and moves to Park Slope

The commenters at Emily Magazine had been like friends. Now, with Gawker’s readers, I was having a different kind of relationship. It wasn’t quite friendship. It was almost something deeper. They were co-workers, sort of, giving me ideas for posts, rewriting my punch lines. They were creeps hitting on me at a bar. They were fans, sycophantically praising even my lamer efforts. They were enemies, articulating my worst fears about my limitations. They were the voices in my head. They could be ignored sometimes. Or, if I let them, they could become my whole world.