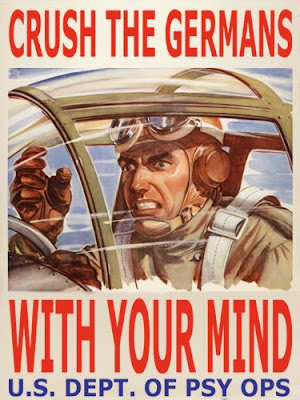 Should you be thinking of voting for that nice Mr Key, you really should read this. You will notice that is written by Gordon Campbell, who wrote for the Listener, until Pamela Stirling removed him for his pesky interest in "geo-politics." You will also notice that, while the Herald does puff pieces for National and has tantrums about the Electoral Finance Act, Gordon Campbell (now published by the excellent Scoop) does some journalism: he looks at what National might do if it were to gain power, in the absence of any statements to that effect from National itself.

National's unwillingness to talk about policies, or to cost those it has muttered, presents us with something like the early moments after the Big Bang: there is a lot of stuff moving around but it has yet to form into anything. However, you can see some clusters. And is not as if John Key has no policies to talk about. It is simply that he prefers not to talk to the public about them. Mr Key's admirer, Fran O'Sullivan, gushes about how he is spruiking his vision (ooh-er, Missus) to business audiences. But not to us.

And it is funny she should mention that vision thing, because a friend of a friend has been among those business audiences. And he says that the message John Key conveyed was that National would have to swallow some dead rats before the Election and pretend to be cuddly but, as soon as he was in power, then the real stuff would start. Imagine, as Ms O'Sullivan says a New Zealand "where risk-taking is again exciting." Imagine, indeed. You will be able to take that risk on polling day.

After all, and returning to Mr Campbell's research, National's plans for education involve doubling the amount paid to private schools. But you say, they are private schools; why are we paying anything for them? Well, yes, why indeed? In fact, the private schools receive huge subsidies - half their teaching staff costs, about a quarter of their overall costs; in addition, most private schools are educational charities and so do not pay income tax. So we pay for privilege. We pay for Kings and Corran and St Cuths - the schools which the children of Mr Key's people attend. And they will get more still, while spending increases on the schools which most children attend will be limited to the rate of inflation. So the public schools will rely more on the odious "donations," extorted from parents, while the private schools will be subsidised more and more by us.

They should also know what company Mr Key keeps, because they won't read about that in the Herald. They can read it on Mr Brown's pages. The Herald prefers to tell us that Mr Key wants for verbal precision. No he does not. He knows what he is doing and so does the Herald. In the private meetings with the business elites he is very precise. What he wants for, when talking to us, is candour; straightforwardness; honesty.

Meanwhile, on Planet Noam, Ryan has a new pyramid; except it is nothing of the kind. He also has a moral imperative: Labour should take a prat-fall, so the plebs will then vote National and get a jolly good spanking; then they will realise what is good for them.

We should leave Ryan to play with his pyramid and get on with the business of telling the electors about the people they might elect. But, before that, we should listen to L7:

And Paul, you have heard that Crosby/Textor have again been engaged by National to reprise the mischief they bestowed upon us 3 years ago. The Australians are keenly interested:

Yes the handout to private education is unnecessary and frivolous. The private schools will simply lift fees and why not?

National has previously said it will elimate ballot system with school zoning. Schools will chose.

Then there is their promise to slash the bureaucracy that they always ride very hard.