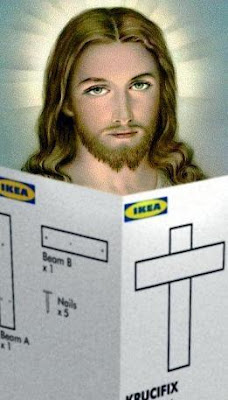 Mr Finnemore sent me this image. Its point might be blunted, given that we do not have IKEA in New Zealand. Which is a shame, since IKEA is a source of constant amusement; but it does give me an excuse to tell y'all about the coolest meme: IKEA hacking. Great ideas can be found here and here, ideas such as this coffin.


If this were All Embracing but Underwhelming, I would put some links here. Instead, here's Game Theory:

Ah, but not having IKEA has spared many New Zealanders from owning crappy beds that are incredibly frustrating to put together and are extremely prone to minor collapses when lain on.

So it's a trade off, really.