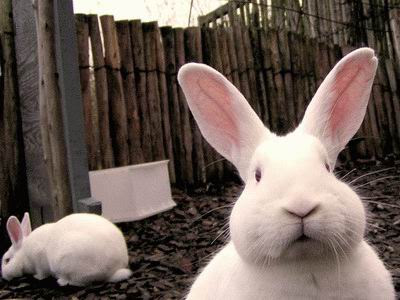 I know some blogs have a Friday Night Free For All, where the bloggers and their posters chat idly about nothing much in particular. We don't do that sort of thing round here, because Fundy Post readers have Lives. And you read the Fundy Post on weekdays, at work, which is the right and proper thing to do.

That said, I know that many Fundy Post readers do Science and I have a question for you boffins. It is about Fleetwood Mac. When Stevie Nicks sings "thunder only happens when it's raining," is she meteorologically correct? Is there a necessary relationship between thunder and rain? To put it another way, if Fleetwood Mac had been a Logical Positivist band (and not just a bunch of hippies who had married each other far too often for their own good) and were A J Ayer chosen as lead singer rather than Stevie Nicks, would he be singing "thunder only happens iff it is raining?"

Or am I being obtuse? Could it be that the word thunder means, to Stevie, something other than its normal meaning? Does she have a private language? After all, she also sings "you can go your own way, you can call it thunder." Well, you can't really, can you? Not if you expect anyone to understand you. I am amazed they manage to get away with this sort of inconsistency.

Maybe I am expecting too much from Fleetwood Mac. They were good in the Sixties, but then Peter Green got mad, Jeremy Spencer got religion and poor Danny Kirwan got drunk. Then, later, along came Stevie Nicks and Lindsey Buckingham and they stopped making sense.

Anyway, answers on a postcard to the usual address; in the meantime, here is Graham Parker and the Rumour.

Thunder without rain? That would be a bolt from the blue. I assume these cause thunder; otherwise the idea would add new terror to the phrase 'silent but deadly'.

Of course this does still require a storm - and hence rain - somewhere. But I assume it's always raining somewhere; by that standard any statement about something only happening when it's raining is trivial.

I myself have noticed thunder just before it rains.

In Pittsburgh we have thunder and lightning without rain all through the summer. We had some just last night, in fact. Were I a dog, I would have been cowering under the sofa.

I am not a boffin, but you can have thunder without rain during a Canterbury summer.

Can't resist a germane Flight of the Conchords quote:

Murray: I’ve told you when you’re in a band, you don’t get with your band mates girlfriends, past or present. You get in a love triangle, you know? You get a Fleetwood Mac situation. Although there was four of them so more of a love square, but no one gives on. They did do some of their best music back then.
Bret: Rumours
Murray: No, that’s all true.

What about those times when there's a clap of thunder and *then* it starts raining?

I used think that it was true that thunder went with rain, until I passed through Singapore aged 6. The fact that there was thunder and lightning right overhead but no rain made a big impression on me.

I am now a boffin (but not a meterologist), maybe it was that sort of observational curiosity when young that indicated my future...

When I think of Fleetwood Mac, I think of Christine McVie. It was Chris that bailed them out when the crackpots Green and Kirwan took their leave. It is her bluesy singing and keyboards that was central. Think of "Say You Love Me", while "Songbird" is of course a masterpiece.

Stevie Nicks in was and is more of a visual act. Backing vocals to blend remarkably well. But not much sense as you say Paul.

Not a boffin, more a pedant, but Lyndsay Buckingham wrote Go Your Own Way, thus rendering your linkage of the two sets of lyrics to Stevie Nicks' lyrical obscurity inaccurate.

Do we google at the Fundy Post? A quick google suggests that "you can call it thunder" is somewhat similar to "'scuse me, while I kiss this guy".

Tony Harrison: I've got it Saboo! An idea is formulating!
Saboo: What?
Tony Harrison: Fleetwood Mac's "Tusk," in its entirety!
Saboo: Are you insane? There's at most... one track I can get away with off maybe... "Rumours."
Tony Harrison: Come on! "Tusk," in its entirety, with the pauses as Lindsay Buckingham intended! Watch the room crumble at the aura of the H-Man!
Saboo: Why not just give me a .44 so I can spray my brains across the decks?
Tony Harrison: What is your beef with the Mac?
Saboo: The same beef every right thinking man has, they are bullshit munchers!
Tony Harrison: Oh, you are so square! When are you gonna start thinking outside of the box?
Saboo: The box is there for a reason! To keep ball men like you inside it!

Pablo, those lyrics sites are written by teenagers, on drugs. However, I suspect you are right and I have misled Robyn.

Evan, I agree about Christine McVie. Her interpretation of I'd Rather Go Blind, with Chickshack, is superb.

Next week, we discuss whether it would be possible for Toto to "bless the rains down in Africa."

I thought that little dog had more to worry about with the strong winds, rather than any precipitation. What was the state of dandyism in the 70s? All this talk of Fleetwood Mac & Toto is putting my high reputation of you at risk.

Another question I'd like answered, as put by Mr Steve Marriott of Oliver fame, is really, would it be nice to get on with me neighbours? I've not met his neighbours, but over the years, most of mine have been rather strange.

Has anyone else seen Ashes to Ashes on Prime? Wotta soundtrack!

At last, I've something worth being nostalgic about!

Based on recent experience I can confirm that thunder sometimes happens when it hails.