Strange things are happening every day 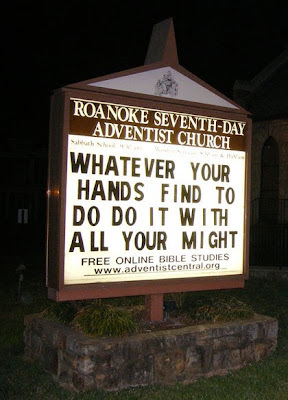 Sometimes, despite sceptical leanings, it is tempting to agree with Sister Rosetta Tharpe that strange things are happening every day, things even stranger than home-made non-videos posted on You Tube. Today, while walking to Varsity, I was passing a line of bright yellow wheelie-bins. A gust of wind suddenly took them and they all moved towards me. Every childhood fear instilled in me by Dr Who came back.

Stranger still, Mr Finnemore has been reading the National Business Review, as has the estimable Mr Archie McRiff and the good people at Lost Otter. Between them, they have found this curiosity by Michael Coote. To save you the trouble of wading through Mr Coote's rather dense prose (remember, we read this crap so you don't have to), here is a brief extract.

Which feckless, taxpayer-funded bunch of collectivist lickspittles - red or blue - one wants to preside nominally in Parliament over the country's true entrenched ruling class of expropriating bureaucrats and other species of mis-named public servants, is all that anyone will be turning out one upcoming Saturday to vote upon. Those who expect the unelected ruling class to be disestablished as an outcome of the election would be wise to hedge their bets by launching a petition for Pharmac to undertake full funding of psychiatric drugs to be available without prescription in supermarkets.

You will note, doubtless, the use of the term lickspittle - the favoured perjorative of that legendary troll of mystery, Redbaiter. Should you choose to read it all, I feel obliged to warn you that Mr Coote's polemic is laden with medical metaphors that migh upset your Friday afternoon extended lunch. Should you be enjoying such a lunch, you might want to pass over the next blockquote, which is intended as a further example, but only for those with strong stomachs:

The essential insight of the collectivists was that there was no longer any need to act directly to subvert democracy and capitalism. Rather, like the lentivirus HIV or the interspecial disease scrapie, all that was required was to corrupt by largely unnoticed suborning and subversion. The red thread throughout for this class of tapeworms sucking blood from the guts of society was to get themselves on the public payroll in order to pose as the agents of solution to problems.

It is all quite distressing: such cynicism about the body politic, and published in a journal read by the business elite. But who, you might ask, is this Michael Coote? Why, he is none other than the Campaign Manager for Dr Jackie Blue, List MP and National's candidate for Mount Roskill.

Poor Dr Blue. Although an estimable woman, she is condemned to life on the List which, I have heard her say, she abhors. She failed to obtain the Auckland Central nomination, the Nats there having preferred failed kayaker Nikki Kaye. Now she is contesting the unwinnable Mount Roskill and her campaign is being run by a man with a darker view of politics than Joseph de Maistre, who believes that Blues are closet Reds.

Strange things indeed. Stranger still, Gospel on my Fundy Post? It's alright; religion is OK when it is sung by old black women, particularly one who plays a mean guitar:

I hear you about the wheelie bins Paul. I swear that if they ever decide to animate the manniquins in shop windows I will have to check into my nearest mental health clinic for the duration.

This phobia was of course instilled long ago when the Autons first darkened the Tardis door. It took some time afterwards before I could go shopping with my mother in Dunedin without watching THEM very closely.

Daleks? pah. When am I going to meet a Dalek? But plastic people coming to life? that one is much, much closer to home.

I reckon Labour should use internet quotes like that in TV ads during the election.

BTW, are you channelling Hunter S Thomson on purpose? (I mean that in a nice way).

Is this a Michael Coote who was an ACT candidate?

Is this the Michael Coote who used to speak at Money Managers seminars?

Never thought of him as a fundy.