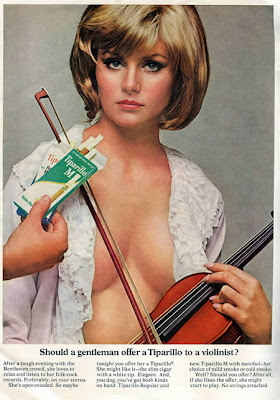 Many of you may have worried that literary Brooklyn wasn’t macho enough, what with all the female authors, and the important female editors, and all the attention paid to ladyissues, and all those memoirs you heard about from those women who read comic books when they were kids in Brooklyn and then something something. Let me tell you: Martin Amis just pulled your fat out of the fire, who doggie! He’s mannin’ up the borough right and left! He gestures out the window of his brownstone “Out there, it’s Arcadian,” he said. “It’s prelapsarian. It’s like living in the ’50s.”

You know what I love about the ‘50s? The rigid racial apartheid. That’s the best part, seriously. Oh, shit, no—I messed up—the crippling sexism and hatred of homosexuality. No, no—goddamnit! I’m going back to the rigid racial apartheid thing I said just now. That’s the best. It’s like having 3 favorite flavors of evil! That’s why the ‘50s are so tempting and delicious: just far enough away to see recognizable humans betraying their dearest in the service of ideology, just close enough that you know they knew better.

Oh my. Look at that leap. With one mighty bound the author (Belle Waring,  the sort of name that an Amis character might bear) takes leave of her usually finely-honed senses and lands in a student newspaper editorial about the unfairness of it all. All it took was for her subject to mention the 50s and Ms Waring is in the Twilight Zone, playing that old family favourite, Guilt By Word Association.

I suppose she must have seen a lot of those movies where the villain is always handsome, cultivated and English. Perhaps it is Marty's use of words like Arcadian and  prelapsarian that frighten Belle so.  Perhaps it is that she finds herself agreeing with him. Perhaps she fears a terrible beauty being being born in Brooklyn, that Marty will take them all back to the '50s and she will have to wear a girdle and cook with spam.

But then, this always happens. Marty has a new novel out and folk get frit. Hordes of scribblers denounce him for his many transgressions, sins that began back in the '80s with having his teeth done and which have multiplied since. The scribblers go to the cuttings, to find records of what he said during previous launch periods, sayings with which he can be condemned. They point fingers, they accuse. His book sells.


This time it is worse. Marty and his wife, Isabella Fonseca, a native New Yorker, have moved to Brooklyn. For his British critics, this is betrayal; for the Americans, it is colonization. No wonder Belle is so unnerved. He is now amongst them, in New York. He has bought a castle in Brooklyn. He gestures out the window of his brownstone.

Look, Fenton; see how innocent it all is. These little people, going about their little lives. They only want what is due to them: life, liberty and the pursuit of happiness. They know noting of our ways, of we literary people. They know nothing of Oxford or the New Statesman. The know still less of the fate that shall befall them soon, of what we shall do in   this little town.

Do you feel something in the air, Fenton? It's fizzing, isn't it?

Or something like that. What is it about Marty that moves the scribblers so?  Why are they so frightened of him? Few of his critics, I hasten to add, are bookish types. It is not the quality of the latest novel nor its content that troubles them. Few appear to have any knowledge of his writing or indeed of literary fiction in general; I learned of this particular diatribe from a local bore who reads nothing more demanding than the novelisations of science-fiction TV series. Yet all of them have opinions about Amis fils. No other living writer causes so much fuss, just for the fact of his existence.

What can it be? Is it that he is clever and funny? Do the authoritarian left dislike him because he might make fun of them? Or is it that he is a better writer than his critics? Nobody likes a smart alec. Or perhaps the cause lies in that second paragraph Belle quotes from the NYT:


At a certain point Mr. Amis unwedged himself and slipped out to smoke a cigarette on the sidewalk, looking vaguely menacing under a street lamp. “I’ve sort of hung out with a few thugs all my life,” he said later. “I love thugs. I’m keen on them.”


No, not the thugs; the cigarette: Martin Amis is the only living smoker in New York. That is the problem. Everybody else gave up years ago but still yearns for a cigarette. And there he is, on the streets of New York, smoking. Oh, the temerity.

clinnovo said...
This comment has been removed by a blog administrator.
5:39 pm

Sigh...the thing I liked most about the 50s was simply the fact that the spam captcha's were so much easier to read back then.