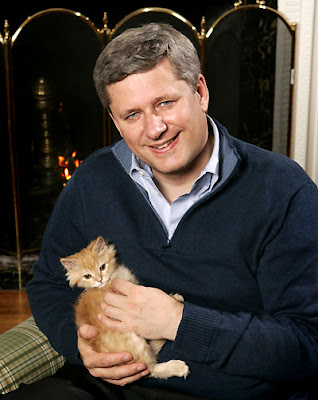 Do you remember those age-change comedies of the late 80s, where a teenager finds himself in the body of a successful but troubled business executive, with hilarious and educative results? Could that really happen? I only ask because I am worried about Audrey Young, the Herald's Political Editor. She is normally intelligent and mature but it seems that, whenever she meets John Key, her mind is taken-over by a 14-year old girl. The Prime Minister appears to have a similar affliction, although in his case it seems to be permanent.
Young's contribution to the maelstrom of political debate this weekend was an interview with the Dear Manager, which the adoring subs headed as PM offers glimpse into corridors of power. Warming to their task, the subs added a sub-head:

The Prime Minister has just finished a hard week, including Obama's nuclear summit and a trip to Canada. Political editor Audrey Young gets him to reflect on the personal moments.

Over to you, Audrey. Hit him with some incisive questions.

How did you feel about being caught up in the middle of an incredible scandal in Canada? Perhaps Prime Minister Stephen Harper asked for your advice because you sacked a minister, Richard Worth, last year and didn't tell the media why? Did you pass that on to Mr Harper? Why do you get on so well with Mr Harper? Could you recap some of the more personal moments at the summit? And why would you invite him? What about others? Did you speak to Good luck Jonathan?  So when these leaders dish out invitations do they really mean it? President Obama gave Lee a big hug. Is he that sort of guy? That's all about showing who's boss, isn't it? What did you call President Obama and what did he call you? What is your next big overseas mission?  How do you cope with the time difference? Do you really like North America? Do you have a favourite city in America?

No doubt she got him to sign her autograph book. Unfortunately and unsurprisingly, the scandal does not involve that nice Mr Key; he is not that interesting. It is all about Helena Guergis and it is not about sex. It is about money and drugs. But the Globe and Mail has picked up the story and all Canada is astonished that Mr Key finds Mr Harper warm and engaging. But then Mr Key also likes Mr Berlusconi, the well-known crook. He has also discovered that Chancellor Merkel likes him just as much as she likes Helen Clark. He has spoken to the King of Jordan as well  ("Obviously educated in England, in one of those public schools I'd say." He is a King, Prime Minister; he was a half-Colonel in the Hussars; you should know this). Most important, has been touched by the President.
So, now we know. Audrey has a huge crush on John, who is astonishingly dim and parochial. Now Canada knows all of the above. Canada's next Prime Minister will be Michael Ignatieff, who is terribly clever. We can only hope that Mr Key will have moved on to other challenges by then.
BTW, The Kitten's name is Diefenbaker.
TPOH:
Posted by Paul at 3:03 pm

Key's advisers could have pointed him to http://www.lightdragoons.org.uk/regiment_today/index.phpfor instance.

"The Regiment is proud to have His Majesty King Abdullah II of the Hashemite Kingdom of Jordan as the Colonel-in-Chief. His Majesty served as a young officer in the Regiment in the 1980s."

Audrey Young could've done at least some research here as well. Was Berlusconi animated due to an overdose of Viagra for instance? Did he hump Key's leg as a consequence? I think we should be told.