The summer we discovered Speed 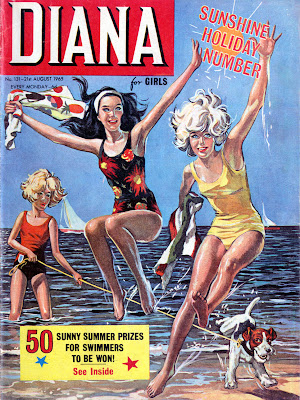 The latest Coddington, with the peculiar title "Don't get heavy on fat in slamming the skinny:"

And here's my point. Why is it open season on skinny women? I know eating disorders are terrible diseases, but they're caused by more complex issues than young women merely gazing at thin models. I know also eating disorders don't cause nearly as much of a drain on the health budget as obesity-related health issues.

You couldn't make it up, could you? Neither could Coddington: she took most of her copy from a Margo White piece in North and South, including the killer conclusion:

"Fashion models are good at being thin and have a right to be. Einstein was good at being a genius, but nobody told him to keep his theories of the universe to himself because it undermined every other physicist."

In between, there is something for everyone, so much that I am not even troubling to argue. Anyway, I like Rosemary McLeod's drawings as well, not that it has anything to do with my argument or, for that matter, Coddington's. So, instead I will illustrate the point I did not make with this adorable magazine cover, which I found on the rather corking Blimey! It's another blog about comics!
Posted by Paul at 11:57 pm

Eh? She's taking a swing at almost everyone! Except the poor downtrodden supermodels, and the fashion houses and glossy magazines that require them to be the way they are. I'm sorry but until the fashion industry showcases the diversity that exists among humans, it's going to be oppressive.