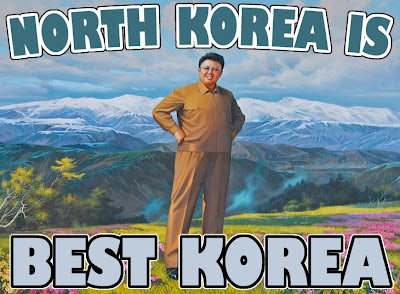 I slumped to the kitchen floor and lay there in the fetal position. I didn’t want to exist. I had made my existence so public in such a strange way, and I wanted to take it all back, but in order to do that I’d have to destroy the entire Internet. If only I could! Google, YouTube, Gawker, Facebook, WordPress, all gone. I squeezed my eyes shut and prayed for an electromagnetic storm that would cancel out every mistake I’d ever made.

Like bunking Physics classes, I suppose. The writer is, of course, Emily Gould, here recounting her second fetal position episode during her time as a blogger (yes, dear reader, I read her story to its end, just for you). Ms Gould might have a future as an adviser to John McCain, who is aware of internet.

But, you may be asking, where did Emily acquire her knowledge of electromagnetism? I speculated that she must have attended a private liberal arts college. I was right: she attended Kenyon College, Ohio, founded by Bishop Philander Chase (yes, I know) in 1824, and Eugene Lang College. Probably, you didn't need to know this but, as Emily herself says

The will to blog is a complicated thing, somewhere between inspiration and compulsion. It can feel almost like a biological impulse. You see something, or an idea occurs to you, and you have to share it with the Internet as soon as possible. What I didn’t realize was that those ideas and that urgency — and the sense of self-importance that made me think anyone would be interested in hearing what went on in my head — could just disappear.

If only it would. Meanwhile, as the Huffington Post notes, the New York Times has more important stories to tell than Emily's, stories such as the one about girls getting hurt playing sport. Or you could read a female blogger with something to say, such as Stef, who has true tales from North Korea, among other stories.

Could New York have taken our idea for Liz Shaw and Americanized it, much like they did with The Office?

Is it not customary for you to say something about us punching above our weight, on occasions like this one?

Exactly. And doing so on a global scale, I might add.