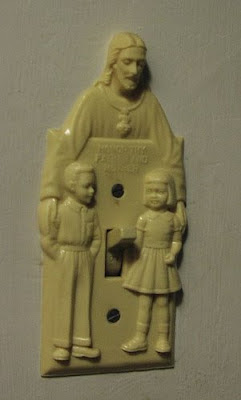 Sorry, chaps and chapesses, for the absence of blog. I have an excuse: I have been drinking. I started the Friday before last, at a National Poetry Day event, and ended in the wee small hours of last Saturday morning at the Turnaround as one of Mr Brown's party. In between these two momentous events, I drank with PR people, TV folk and various others, some of whom I might have forgotten. I have now stopped. I apologise to anyone whom I might have offended or ignored during this period.

Whilst I have been away, matters have arisen. As Richard notes in a comment on my earlier post, he is being threatened with defamation for comments he made on his blog. Richard, a man given to brevity, does not name his threatener here; gental reader, it is none other than Steve Taylor, the artist formerly known as Stephen D Taylor.

Yes, that Stephen D Taylor, the one who writes letters to the editors of every newspaper in New Zealand, worrying about the Government. Go to any place in this land of plenty and you can be assured, however remote that place may be, its local paper will include a letter by Stephen D Taylor. He bothers the Editors of every student paper as well. He is blacklisted in many editorial places, yet still he writes on. It is his mission to tell everyone his opinions on everything. In short, he is a bore.

And also a boor; Taylor is blessed with the usual fixations of the fundy mind (God, girls, gays) and he drones on and on about these in a particularly nasty way, jabbing a finger at anyone who disagrees with him and sneering at anyone who holds a more generous view of the world. And he is a bully, as Richard's experience shows.

I have seen him only once in the wild, at a candidates' debate during the last General Election. Although Mr Taylor now belongs to the Direct Democracy Party, at that time he was standing for the Auckland Central seat on behalf of United Future Future New Zealand, or whatever they were called in those heady days of ranting and queer bashing. The Direct Democracy Party was represented by the Mad Grocer, Mr Dilip Rupa, who is just as obssessed as Mr Taylor but confines his fixations to matters concerning the retail dairy trade and his family's long-running grievance against Auckland City Council (which must, by now, be into its fourth generation).

That night, Mr Taylor chose a place at the table long before the meeting started; he must have been sitting on his own in the centre seat for a good twenty minutes before anyone joined him. The point of this isolation became apparent when finally he was invited to speak: he was seated in the centre literally as a smbol of his centrist political views. Ah yes, that would be it: symbolism. He also explained to the audience that he was a therapist. He didn't seem like a healer to me; he was uptight, brittle, tense and obviously needed a Radox bath. I wondered what sort of therapy he offered; I suspect his talking cure is to tell the client to pull himself together.

Anyway, neither Mr Taylor nor Mr Rupa did at all well at the vote. And lo, it came to pass that United Future Future New Zealand came to grief and Mr Taylor is now a member of Mr Rupa's party. And this happy band also contains Mr Kyle Chapman, former leader of the National Front but now Born Again. I would show you the party's website but it is under reconstruction. All in all, they are a rum bunch, this Direct Democracy Party, and absolutely barking.

Speaking of which, here are the Pixies:

There are certain things I miss about Auckland. One of them is sitting out on the deck at Mr Brown's, drinking, and having fine conversations with you and other members of his varied and interesting posse. I'm glad to see it's still awesome.

I do apologise for any enabling behaviour on my behalf in the dying hours of your extended spell of sociability.

If it's any consolation, you do seem to write well on half a liver ...

Incidentally, have you heard the latest goss about no-one's favourite right-wing nutter sect, the Exclusive Brethren? For answers, head off to the Standard, Sydney Morning Herald, or News Corp.

I'm proud to have helped kick things off on National Poetry Day, but seem to have missed the main event. Maybe next time.

Also, if God loves Stephen Taylor, could he please take him home? No hurry, but whenever He feels it's time.

Sorry, but according to Fr. Daniel Murmane, the deity prefers those who deflate Waihopai spy base premises (Metro July 08)

That's so much funnier than anything I could write about Mr Taylor. As RB says, on half a liver thats just fantastic.

Have just found the stories about his letter writing - Jesus wept.

You need to read this about the esteemed Steve Taylor and his history of online lies.
http://stevetaylorcounsellornz.wordpress.com/