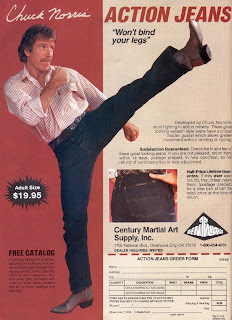 And we wait... for the Sensible Sentencing Trust to express its outrage at the behaviour of Tony Veitch. I keep checking the Trust's site for updates but, so far, there is nothing. I would have thought that the case of a man violently assaulting his former partner and then using his money to escape justice would be a cause for concern, but it seems not. The Trust's silence is especially piquant, given that its most recent media release was entitled, in block capitals, COMPLACENCY MUST BE ABOLISHED.

I agree with Keri that Mr Veitch's self-diagnosis of the cause of his actions is insufficient. Tapeworms are a much more likely cause than tiredness which, for most people, leads to sleep rather than extreme violence. Should you, dear reader, be feeling tired and medicated, I recommend relaxing in a Radox bath or a nice cup of Bournvita.

At least Mr Veitch has been relieved of the stress of doing two jobs but, as Fairfacts Media shows, that $100,000 may have been money mispent. Perhaps I am a little too PC but I think he should have been removed from his Radio Sport job after he said, of Serena Williams, "Do you know where the apes come from? She is a reminder."

I'm loving the bournevita bath, and relaxing in it, I append for the delectation of all, this from Mr McShane, posted yesterday on kiwiblog.
"1. Owen McShane (282) --2 Says:
July 10th, 2008 at 12:53 pm
We are always asking people to take personal responsibility for their actions.
These two people, as free adult individuals, have done that.
We know that in these circumstances there always exists, or can be claimed to exist, some sharing of blame.
LIke of all of us, I have either participated in, or have observed, family rows, and it is difficult to say who started what and who was initially and finally to blame.
Both these parties decided to accept responsibility and negotiated a settlement. She has been saved the distress of public exposure (UNTIL NOW) and also did not have to sue through the courts and drag lawyers and police into their personal lives.
He avoided the same distress and paid compensation of $100,000 and took on more counselling etc than the courts would have imposed.
It seems that many do NOT want people to take personal responsibility because it deprives them of their prurient pleasures while depriving hack journalists of their yellow journalism and their opportunity to be so much holier than thou.
This saved us all a lot of money.
We have all been saying the police are under-resourced and too busy to deal with real crime - the kind where people end up dead.
And yet those people are now demanding that the police investigate this case which these two parties have settled.
That will take massive police resources off the streets.
And who will be the beneficiaries?
Certainly not the the woman involved who has settled the matter.
So who gains?
Just the trash journalists operating our CHarter and a few man haters who believe that men are responsible for all evil and that all women are saints and can do no wrong."
So you see, this has "saved us a lot of money" and saved the police expending resources better utilised on poorer, (dare I say, darker?) criminals.
Enough to make one drink the bathwater!

Ugh, that Owen has said some really creepy things over the past few days.

Interesting point about the Sen Sen Trust, I might go so far as to steal your words and send them an email.

I have created a handy apology template for any future famous folk who forget the radox and find themselves forced to apologise.

Um what rob? We saved money how? Has the thousands and thousands of ACC treatment required, paid by US the public, somehow slipped your mind? Do you have ANY idea how much ACC costs? If he hadn't done it in the first place - no media attention, no ACC, no payout, no loss of jobs! Geez.

And no woman lying on the floor being kicked repeatedly by a brute, let's not forget that.

Ignoring, for the time being, the sheer callousness of this purely economic argument, I think I am correct in saying that the victim would not receive ACC payments for an injury sustained outside work.

I'm not sure about that Paul, the act covers all personal injuries sustained whether at work or not, including accidents. Think it would cover her treatment and any loss, would have to check cases to be sure.

Her treatment, which sounds fairly extensive, would have been paid for by ACC which funds all accident and injury related healthcare. She probably wouldn't have received a lump sum from ACC, though.

But either way, it's us (or you rather, since I live a very long way away) wot paid for the care, because the tax funded health system would have provided care if ACC didn't. She may have had private care, but it's unlikely since the private health sector is largely geared towards elective surgery. And even if she did, the private hospital would probably have claimed from ACC anyway rather than her insurance.

Because ACC is universal. For the time being.

Clearly they know that most of us will see them as senseless but a valiant attempt to define themselves as otherwise.

So they can be trusted?

Therefore I argue that they could abbreviate their name to simply "Sentencing" with no loss of meaning.

A maxim is a truth! Here lies an appreciation that they are a PR outfit = introduction of MAXIM into title attempts to persuade us that there is truth permeating from their horrible mansion.

Institute means nothing except delusions of grandeur for the tiny crew involved.

You could rename "MAXIM INSTITUTE" to " " with no loss of meaning!