Things to do in Auckland when you're dead 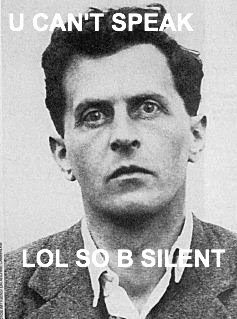 If you chaps and chapesses are wondering what to do of an evening, the Maxim Institute has some events.

If you fancy dinner in the Grand Tearoom (yes, really) of the Heritage Hotel (formerly Farmers department store) and you have one hundred and forty dollars to spare, you can attend the inaugural John Graham Lecture, given by one Professor Jeremy Waldron. Now, as you know, I am not one to quibble but is it not normal practice to wait until someone illustrious is dead before naming a lecture after him? I know that many former students of Auckland Grammar School and Auckland University may wish that John Graham had never been born, but he was born and he remains alive. Besides, he is the founding trustee of Maxim; it seems to me like greasy sycophancy for his minions to name a lecture after him, regardless of his vital status.

If that is not to your taste, you may want to hear Father Robert Sirico of the Acton Institute talk about "Statism vs Social Justice," a gig Maxim has arranged with those well-known philanthropists, the Business Round Table. Apparently, "In New Zealand, business is often vilified, while responsibility for people's welfare is seen primarily as the role of government. Father Robert Sirico will explain the alternative vision that social justice can offer, through a combination of civil society and business." Afterwards, Father Sirico will demonstrate how you can nail jelly to the ceiling.

It's not working for you, is it? Well, if you had been more organised, you could have attended the launch of Maxim's latest book, Silent Legacy: The unseen ways great thinkers have shaped our culture. Refreshments were served. In case you don't know it already (and if you have ever reviewed a book for any publication, Maxim have probably sent you an advance copy; they are everywhere) Silent Legacy is "about some of the great minds that have formed history and will challenge your thinking on truth, reality, knowledge and beauty." No it doesn't. All it does is show that the authors have no idea what they are writing about. I took a quick look at the chapter on Wittgenstein and was mostly anecdotal stuff about how Ludwig grew up in a house with a grand piano in every room, or something like that; strangely enough, it failed to mention his penchant for rough trade. It is safe to say that the authors simply did not understand his thinking. Of course, as one would expect, the theme of the book is that the likes of Ludwig have led us to the evils of PoMo, a world without moral absolutes where nobody listens to priests any more.

And remember, you may not want to buy the book or attend the lectures but you are doing your bit to help Maxim through your taxes.

Remind me again why our taxes benefit Maxim?

P.S. Am coming to Auckland on 22 August now for a week.

Or is it little blue riding hood.

I thought answer was obvious .. I would be assuming these guys claim to be some kind of charity, not political advocates which is what they seem to resemble to me.

It is amazing that they can provide a book about thinking, when original thinking has historically been such a problem for them!

If refer of course to their former director who ran a line in plagiarism. Bruce Logan, thats right.

Some of their other writings have been of little worth too - the piece on Social Justice was weird in that it sought to prove nothing and it succeeded in proving nothing. Or at least that was how it came across to mee.

Yes, Maxim has charitable status for tax purposes, so we help fund it.

For the record, Little Red Riding Hood is red enough, and green as well.

Does Kirsten still flat with Andrew?

I assume we shall see you at Maxim Institute presentation tonight about "Silent Legacy" where great thinkers like Hume, Rousseau, Marx, Foucault etc will be given the treatment.

It is interesting to see what Maxim say about the French Revolution in their latest Real Issues:

Apparently bloodshed and oppression ws all that we got from the French Revolution.

I always thought that this event affected perceptions of "divine right of kings", American revolution and constitution, and democratic principles all around the world. I must have been dreaming.

Wonder what they think of the end of apartheid in South Africa. No, I don't want to know thank you!!