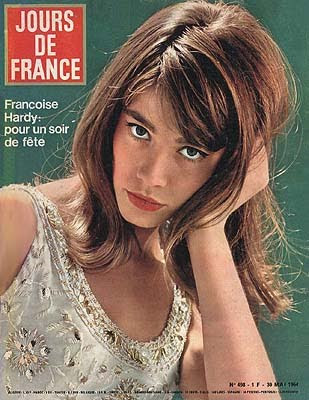 Mr Waller said the stadium had been designed with the possibility that the West Stand might be demolished, although there were no plans for that to happen.

"If you go right up on the edge of the South Stand, at the west end you can't see a bit of one corner of the paddock," he said. "We've known ... that's why they're not included in seat counts for Rugby World Cup.

"It's just trying to future-proof the stadium ... at some time Eden Park may wish to develop the West Stand and when that comes down, you'll get a good sight line all the way around. It's just a little area ... it's a very, very small number of seats.

"We've known about it for a long time. It's just one of those things. We're trying to think about the future, as opposed to just now.

"When you're doing any redevelopment you want to make sure you don't preclude other options for the future.

The Rugby World Cup and Architecture are not getting along, are they? Who to blame? Normally, sporting disasters can be blamed on The Men in Blazers, those middle-aged former sportsmen who become administrators and live very well at the expense of their sporting codes. But this Mr Waller is the Chairman of BNZ and a board member of Fonterra. Like most board members, he sits on several boards: it is a cardinal principle of business that only the people who are suitable for top jobs are those already in top jobs, people who just happen to be white middle-class male accountants.

This simple and ineffective strategy falls apart when it comes to architectural projects, which require some insight on the part of patrons and do not require men who use godawful phrases like "future-proof."

Of course, if Mr Waller had any nous he would have defended the stand as a Work of Architecture, likening it to the deconstructivist theories of Mark Wigley and the projects of Peter Eisenman, such as his House VI. He might have told critics that functionalism is a dead weight around the neck of Architecture, that in a post-modern world the expectation of being able to see the game from the stand is hopelessly outdated, that the stand is not intended to facilitate the viewing of rugby but stands for itself. Of course, he would be talking rubbish but it would be high-quality rubbish of the sort talked in architecture schools.

I believe I heard Mark Wigley on NatRad, possibly with Kim Hill, some years ago asserting that all great architecture leaks.

And architects wonder why civilians mistrust them.

I must disagree with you here, Paul.

This is a total non-story beaten up by the Herald. It's 100 seats from an eventual 60,000, which are placed where they are to allow for a future redevelopment involving the demolition of the older West Stand (which is what's obstructing the view to those seats) to make the park into a continuous arena. It seems like a rational thing to have done.

And have you actually seen the new South Stand? I rather like it, even down to the typography of the signage. It's certainly a lot better than the silly po-mo ASB Stand, which is an aesthetic embarrassment.

You're not going to moan about the World Cup for the next year are you?

Samuel said...
This comment has been removed by the author.
9:40 am

The two funniest things about the Herald story:

- It's based on an item that appeared in Sideswipe the day before: all that took it from back page to front page was a few extra quotes and the picture blown up three times bigger.

- Even better, it mentions that these particular seats would have obscured your view of tries scored in a game that happened *23 years ago* if the seats and stand had even existed then. What?

Russell: I like the South Stand and I will try not to moan too much. But, that said, they could have done something else with the space occupied by those seats, rather than have resticted views.

Stephen, Mark Wigley has some challenging views, but he is Kiwi punching above his weight on a world stage, so we should celebrate him.

Was Mr Wigley born and raised on Struggle Street? If not he doesn't count.

Palmerston North. And it's Professor Wigley, or even Dean Wigley, since he is now the Dean of the Graduate School of Architecture, Planning and Preservation at Columbia University.