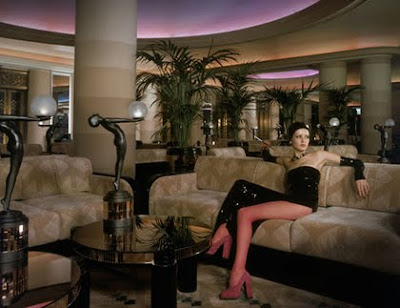 Mr Brown said he had received "hundreds" of emails from the Turua St and wider St Heliers and Auckland community regarding the demolition.

He acknowledged and thanked members of the public for coming along and presenting their petition, before moving that the petition be received.

However, councillor Sandra Coney moved an amendment to place a heritage order on the three houses - to which members of the audience cheered: "Hear, hear!"

As well they might. A move to protect historic buildings is a rare and gaspworthy event in Auckland. Mayor Brown, faced with the possibility that he might have to keep one of his election pledges, was suitably stunned.

Of course the buildings are not Art Deco - nothing is. They are Spanish Mission, the style that came here from Southern California, a style shamelessly free from any local context or relevance and which should be enjoyed for that. Spanish Mission architecture has a long history in Auckland - the Boys' Grammar School is the earliest example in this country, dating from 1914. Spanish Mission thrived in the Tamaki Drive area: it is cheerful, colourful seaside architecture. These houses are hardly of national importance but they are historic and very pretty as well. Besides, St Heliers does not need any more retail. The village is being killed by commerce as it is.

Meanwhile the real Mister Brown has a guest post from Richard Goldie of Peddle Thorp:

The harbour bridge issue. “Go tunnel!” I say and let the Waitemata breathe, the real symbol for our new city, united east and west, north and south, around our common harbour. It’s a brand statement about Auckland, New Zealand’s tourism portal. Yes it actually is about environment and it really is great, it is clear.

Why do architects talk like this? Why do they all sound like Richard Till telling us about the specials in the supermarket? The Waitemata is not a brand statement about the tourism portal. It is a harbour. Still, he is right, particulary about high-rises legitimising suburbia.