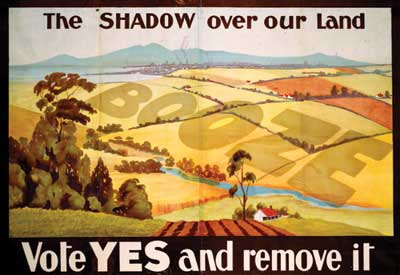 The Sensible Sentencing Trust is "outraged" that yet another white collar criminal has escaped a jail sentence. Anthony Bowden, a Director of failed finance company Five Star Finance has been sentenced to nine months home detention and 300 hours of community work. Under the Securities Act he could have faced a five-year jail term.

Sensible Sentencing Trust supremo Garth McVicar said today: "this sentence is a slap in the face for hard-working kiwi battlers. This man and his colleagues cheated ordinary New Zealanders of their savings, taking money invested by trusting mums and dads and gambling with it, to a tune of fifty million dollars. They should all do time in jail, and even that would be too good for them.

Warming to his theme, McVicar continued "ordinary New Zealanders have been swindled time and time again by these crooks in smart suits, who make unrealistic claims to attract investors who have little knowledge of the finance industry. Tragically, many of the people duped by Bowden and his like have lost all their savings and are facing poverty for the rest of their lives. We have seen far too many of these finance companies collapsing because of the greed and outright dishonesty of their directors"

"Community service for Bowden makes a mockery of the law. He will do a few simple tasks at his leisure; then he will claim the experience has made him a changed man. Meanwhile, his victims will be relying on charity this Christmas and for many to come."

McVicar, a simple farmer from Hawkes Bay before he became a crusader for justice, ended his press release by demanding custodial sentences for white collar crooks: "only the full force of the law will deter other accountants from becoming swindlers. People like Bowden should do time, so that decent Kiwi people will be free from these parasites."

Prefab Sprout, back in the day, for Sas:

Ha! I actually thought this was real and was thinking "Well it's nice to see the SST going after white collar crims!"

Then you dashed my hopes.

You excel yourself. Again.

Garth McVicar is so compromised by his previous utterances that only a fool would take anything he said otherwise than with a full kilogram of sodium chloride.

I too definitely bought it, so along with SS I say, you excel yourself sir!

Did you write his latest press release too?

The real question of course is why, despite a plethora of such examples providing a warning, do people continue to put 'all their life savings' into one place? It's as though 'don't put all your eggs in one basket' had never been composed.

Perhaps greedy people deserve everything that happens to them, whether they be incautious investors or mendacious 'Finance Company' directors.

Nothing ever changes so it must be human nature, except wasn't government invented to help protect us from ourselves? Where is the regulation and why isn't it properly enforced?

Yours terminally bored by the regularity of such stories year after decade from NZ.