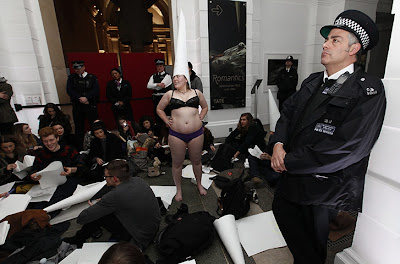 Colenso BBDO executive creative director Nick Worthington added: "I don't think a beer brand wants to be the guardians of history, we want to tell great stories."
...
DB Export marketing manager Dave Shoemack said: "We simply wanted to create a commercial that told the DB Export story and that is exactly what we have done."

There is no point in complaining about it: the industry is self-regulated, the Advertising Standards Authority being run by the advertising industry. It has lots of codes, including one for liquor. However, the subject of telling lies is not covered by this or any other code. If it were, much advertising would break the code. It would not make much difference, since the ASA has no power and no intention to do anything.

And thus it is that people lie to us in order to persuade us to buy their products. Alcoholic drinks in many respects are very harmful products, yet advertisers are allowed to tell lies to sell them, and justify their lying as telling stories.

Pic unrelated. There has been no rainfall inside the Later with Jools Holland studio since records began. However, the Charlatans are not taking any chances:

Surely it's just a matter of degree. They lie to us every time they claim DB doesn't taste like crap.

Kingsley Amis imagined a beer advertisement which said "Drink Beer. It makes you drunk." That is all you need, really.

Except that there are faster ways of getting pissed than drinking beer. Such as the 16yo Jura* we had yesterday on an empty stomach. Or we would have if we had had more than one small dram each.

For the record it is very nice, almost like a cognac (but still on the right side of being a whisky) with citrus notes and spice. Rich, complex and warming (we have snow).

So if you want to get pissed take your beer and distil it (though take the hops out first).

That photo - what is this I don't even.

From the Guardian: students protesting about the fees hike demonstrated at the Tate Gallery on the night of the Turner Prize. As usual at these occasions, someone decided to get her kit off.

Jura, at a pound a year is very good value.

Is the guy dressed up as a rozzer part of the demonstration?

Perhaps that's because he's not beating the crap out of the others.