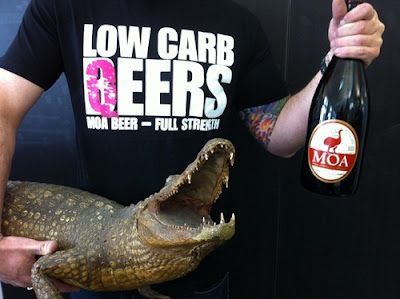 In a response to GayNZ.com Daily News, Moa Beer's marketing manager says the campaign is saying that anyone who drinks low carb beer must be queer.

The spokesperson says the company is bothered that the campaign has offended some gay people, but hasn't really thought about whether it's responsible.

Not really thinking about things seems to be a problem at the Moa Brewery: nobody seems to know that 'queer' includes the letter U.
Posted by Paul at 4:51 pm

I have an irrational fear of South Islanders.

Clubbing furseals, lighting matches in coal seam caves, murderous kelp, all happening in the South Island. Should it come with a health warning or in a plain wrapper?

Sigh. People are stupid too much.