My year of crap 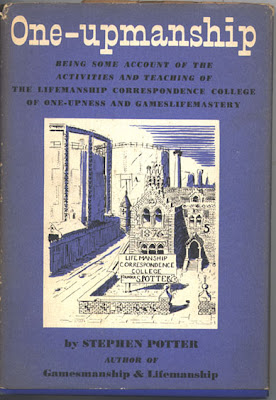 Today was my birthday. I should have been happy. I was not.

My happiness was curtailed by the Dean of the School of Graduate Studies. She sent me an email yesterday afternoon, answering some questions I had about my supervision. It was the last email of the day and I should have left it alone. Instead, I read it.

During the course of this academic year I have had no supervision, to which I am entitled as a PhD candidate. I have also been struggling to have my annual report treated in accordance with the University's rules by the Art History Department and by the School of Graduate Studies staff. I will spare you the details, for the time being.

In the course of all this argy-bargy, I learned of the existence of the Department of Art History Postgraduate Studies Committee, a body which did not approve my annual report. This knowledge I learned from the Dean of the School of Graduate Studies. This knowledge I found very rum indeed, since the process for doctoral annual reports prescribed by the Statute and Guidelines for the Degree of Doctor of Philosophy does not include any role for any departmental committee.

However, the Department of Art History has such a committee, which considered my report and decided not to approve it, since (according to the Dean in an earlier email) "there was no agreement amongst the parties to that report." So I asked the Dean who were the members of this committee and by what authority did they reject my report. Yesterday afternoon, after some delay, she replied. Apparently,

Clause 5 of the PhD Statute (2008) outlines the Annual Review of Registration process (5 d). There is no requirement under the Statute that departmental postgraduate studies committees are involved in this process. However, the practice in Art History is that the departmental Postgraduate and Research Committee considers all doctoral annual reports and provisional reviews. It is common across the University for such committees, or sub-committees, to do so. The intention, supported by international Higher Education research, is that the involvement of people other than the candidate and main supervisor in such processes leads to better educational outcomes.

So, it works like this: there is a Statute which governs the procedure for handling doctoral annual reports; the Department of Art History ignores this statute and chooses to interrupt the reporting process. The Dean of the School of Graduate Studies supports the Department in this respect. Other Departments also ignore the Statute with her support.

I particularly like the bit about this aberration being "supported by international Higher Education research." It sounds so bogus, don't you think? Were I in a better state of mind, I might laugh at the bit about "the involvement of people other than the candidate and main supervisor in such processes leads to better educational outcomes."

Instead, I am very angry. What these twatcocks have done is damage my "educational outcomes." I have been deprived of supervision for a year by people who had no right whatsoever to be involved in my annual report.

What makes me particularly angry is that my privacy has been breached. My former Supervisor, in what seemed to be an act of revenge for me making him my former (rather than present) supervisor, wrote a very nasty and personal report about me. This report has now been shown to people who had no right to see it. Those people were fellow members of my Department, people known to me. I feel embarrassed that they have seen my report. I also feel resentful that they rejected it, depriving me of my rights as a PhD candidate

Fortunately, I am on my way out of the Department of Art History. I am going to the School of Architecture. The Dean at least enabled that move. But my year has been ruined by these people.

A while back, I announced that I had refused to complete my annual report. I was criticised severely by Peter in Dundee for my self-indulgence. I was somewhat stung. For this and other reasons, I completed the report. But then it was rejected by people who had no right even to read it.

I have learned a lot this year, about the way the Department of Art History works. Over the Christmas period, I intend to share this knowledge with readers. By these means, I hope that anyone who is thinking of undertaking a postgraduate degree in Art History at Auckland University will be fully informed.

It's all about improving educational outcomes.

Horrible, isn't it? Not a good way to treat anyone, especially when there is a documented process (which no-one follows). Please share everything you have on the bas'tards. Get em where it hurts.

Actually, the lack of supervision is not new: Francis Pound has talked much about his lack of supervision when he enrolled (and was accepted) for a Masters in Fine Arts, the first in Elam's history. No-one knew what to do with him, literally, so he did pretty much what he liked. No supervision, no direction, no parameters. No hidden committees.

There is a legal concept of fair process, BTW.

Oh, Paul - not really a lot I can say that wouldn't be utterly fatuous but I really stopped taking Auckland University seriously as a defender of scholarly values a year back. If you're going to be all "whatever" about an academic being outed as a plagiarist, treading Ph.D. candidates properly is an unreasonable expectation.

Sorry you've been having such a crap time. I don't know if it's any consolation but Universities nowadays seem to be characterised by lots of layers of bureaucracy and surveillance. I believe the PhD reports in my institution go first to the School research committee, then to the Research Associate Dean of Faculty (possibly via another committee) and then somewhere else in the University. In fact,every time you want to apply for funding to go to a conference or for promotion it's all done by committees- there is no privacy. My "favourite" was when the software the pbrf evidence portfolios are based in was set to email the Head of School every time someone opened theirs. It's all quite degrading and worse it all takes up an enormous amount of time and resources that could be used for actual productive work.

Overall, there might be people who have easy, enjoyable PhD experiences but most of the people I know experienced them as brutalising and joyless and still bear scars from the process- but, that said, it does sound like you have had a particularly rough year. Hopefully next year will be better.

Sorry to hear how you've been treated. And I hope the Architecture School has improved out of sight since I was there, or it's going to be a frying pan-fire situation.

In the meantime, is there anything more concrete that can be done beside roundly abusing all the arseholes who deserve it?

I can't add anything to the discussion about how crap Auckland University is, as I never advanced far enough in it to have a worthwhile opinion. (Philosophy III, Maths III, not much else. Anthro and Psych don't count. Let's not get started on EngLit.)

But I do know about Stephen Potter and One-upmanship and indeed Gamesmanship. He was a superb comic writer. The film based on his books, "School for Scoundrels" is wonderful. It stars Ian Carmichael, Terry-Thomas, Alastair Sim, Janette Scott and Dennis Price. Possibly a period piece, but it was a great period and this is a great piece.

Paul I am deeply saddened that you find yourself in the position you do. However I must take issue with you over this committee and its usefulness. I would have given my eye teeth for such a system, or a supervisory panel or some oversight to my PhD other than my supervisor. My PhD would have been finished at least a year earlier and I would not have been used as an unpaid postdoctoral researcher instead of writing my thesis.

Such bodies are there to protect you from your supervisor as well as from yourself.

BTW you cannot complain of a lack of a supervisor if you have in effect sacked your supervisor. These things are different in the Arts but in the sciences if I had done this I would have cut myself off from the materials necessary to my research and the research funds to make use of them as they were the sole province of my supervisor.

I very nearly walked away from my PhD after my first year which I spent using a technique that wasn't working to look for something that wasn't there. In order to prevent myself from indulging in an outburst to my supervisor I took myself off to the basement and immersed myself in electron microscopy whereon I discovered why what I had been looking for wasn't there. It literally changed my life, and my thesis.

Making little progress in the first year is a common trope of a PhD, don't sweat it. Take the new opportunity you have been offered and run with it. Pull your head in about insisting that the letter and only the letter of the written regulations is applied to you as and when you see fit, no good can come of it and it is not a good use of your time.

Finally walk away from this grudge, something you seem to find difficulty with. Even when you are in the right you come up against the law of diminishing returns. Your aim is to get a PhD, not go to war against the University (however much it needs it).

I will now admit that towards the end of my PhD I indulged in student politics at Otago and was involved in trying to set up a postgraduate students association. I was responsible for agitating for the right to submit a thesis by publication since the art of thesis writing is a sterile form. In academia you live and die by publication and that is what a PhD should be. Others were involved in insisting on PhD supervision panels to balance the power imbalance in the student-supervisor relationship. We were pushing at open door there, because of the international best practice you allude to. It is not a myth and you should embrace those structures, they are your friends, not your enemies.