Banking with the bankers 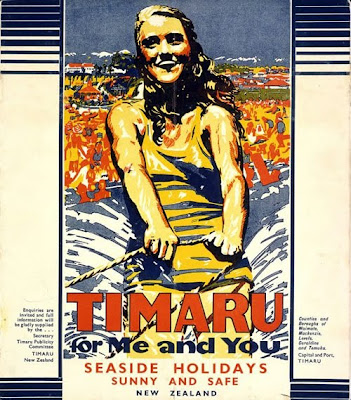 Both for families and for society as a whole, looking after children could not be more important. As well as providing a valuable service for families, childcare workers release earnings potential by allowing parents to continue working. They also unlock social benefits in the shape of the learning opportunities that children gain outside the home. For every £1 they are paid, childcare workers generate between £7 and £9.50 worth of benefits to society.

Although the role of an advertising executive has high status, the impact of the industry has always been a point of controversy. It encourages high consumer spending and indebtedness. It can create insatiable aspirations, fuelling feelings of dissatisfaction, inadequacy and stress. In our economic model we estimate the share of social and environmental damage caused by overconsumption that is attributable to advertising. For a salary of between £50,000 and £12 million, top advertising executives destroy £11 of value for every pound in value they generate.

Is it me, or is this bollocks? I am not a social scientist, but it seems that every year, usually about this time, progressive think tanks in Britain, like the new economics foundation, produce reports of this kind. Such reports seem to be designed to fill the seasonal gap in real news and to capitalise on feelings of good will that abound. Such reports usually are produced by the sort of think tank that looks like a design agency, spelling its name in lowercase sansserifs with unusual word-spacing, and employing people who are media-friendly to the point of clinginess.

Of course, none of the above has any bearing upon the quality of the research in such reports; but still it seems to me, more than a paragraph on, that such reports contain high levels of bollocks. This one is no exception. In fact, it is an exemplar.

What is the methodology? It seems to be something like this: first, identify your pre-conceived notions about the value of certain occupations; put monetary values on those notions; write a report; distribute to the media. Not surprisingly, hospital cleaners turn out to be good, and bankers to be bad. Hospital cleaners make hospitals clean, thereby preventing the spread of disease. This is a Good Thing. Bankers, on the other hand, brought the global financial system to the point of collapse. This is a Bad Thing.

Using similar methodology, I have done ground-breaking work on the Pantomime Scale of Values. This study compares (and contrasts) the relative merits of various characters who appear in pantomimes at this time of year. For example, my rigourous methodology and research shows that pigs are little and good, while wolves are big and bad. Pigs contribute to the economy by building their own homes, thereby stimulating the housing and construction markets. Wolves depress those markets by eating two-thirds of pigs in any given sample, whilst making no equivalent economic contribution [insert some figures here]. So it follows that pigs are good and wolves are bad.

I could go on, but I have proven my point and now must move on to my next project. This will show that clothing which is hand-made in natural fibres (the sort of clothing that people like us wear) is economically and environmentally superior to all those nasty cheap clothes that proletarians wear.

In the meantime, here is the theme music to this post, provided by the Smirks: a band which completed its only album over thirty years ago, but has yet to release it.
Posted by Paul at 9:08 pm

The first claim is plausible (i.e. it fits with my preconceptions); childcare work does seem to enable to the creation of value. I offer you the following anecdata: my partner is able to earn a far higher income because I do most of the childcare, and only work about halftime in paid employment. If you start with a claim that many people will nod their heads in agreement with, because it gels with their own experience, then the second claim (advertising destroys value) becomes a head-nodder too.

I hasten to add that I am pro-childcare and cleaning and not terribly keen on advertising and banking. I am sure these activities have much hidden value, but that is the point: it is hidden and not quantifiable. I think they should be recognised as goods in themselves, regardless of economic value.

I think we get this sort of oddness because we're encouraged to value things in purely economic terms all the time. So people start adding dollar (or pound) values to things that aren't really about money at all.

One thing that's always struck me as peculiar is how work done voluntarily or without direct payment (like housework and childcare in your own home and of your own children/whanau) isn't called WORK, whereas if you do it in someone else's home or for someone else's children it IS work. The same stuff is getting done, but if money doesn't change hands it's economically invisible. How does that make sense?

Well these things are about money at least some of the time. People are willing to pay for childcare, for example. But only up to a certain price, at which point it ceases to be worth it to them. Willingness to pay is one of the ways that economists try to assign dollar values to this kind of thing, and it's pretty hard to argue against within fairly narrow limits of interpretation (it can only really be interpreted as making sense for an individual - averages and aggregations across a population don't make much sense).