The best-kept secret in the West 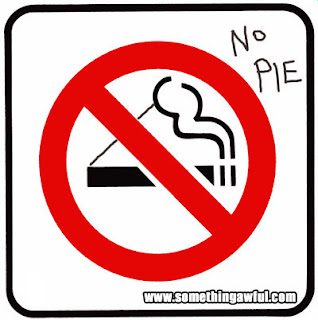 The e-mails also showed a stunning disdain for global warming skeptics. One scientist practically celebrates the news of the death of one critic, saying, "In an odd way this is cheering news!" Another bemoans that the only way to deal with skeptics is "continuing to publish quality work in quality journals (or calling in a Mafia hit.)" And a third scientist said the next time he sees a certain skeptic at a scientific meeting, "I'll be tempted to beat the crap out of him. Very tempted." And they compared contrarians to communist-baiting Sen. Joseph McCarthy and Somali pirates. They also called them out-and-out frauds.

Well, you would, wouldn't you? The first review of the emails from East Anglia, by the Associated Press, has been published and - hey nonny, nonny - there was no fraud, no conspiracy, no deceit. Scientists did science and the deniers tried to stop them, that is all that happened. The world is no better than it was.

Sigh no more, ladies, sigh no more.
Men were deceivers ever,
One foot in sea, and one on shore,
To one thing constant never.
Then sigh not so, but let them go,
And be you blithe and bonny,
Converting all your sounds of woe
Into hey nonny, nonny

So can we expect an apology from my Lord Monckton, from Sarah Palin or from our own Jim Hopkins? I doubt it. The deniers have their reasons, after all. Their obsessive pursuit of scientific malpractice, I suspect, is denial in the Freudian sense: they know the truth, they know it is devastating, not only to all of us but also to everything in which they believe. So they do everything they can to prove the science and themselves wrong. It is not surprising that one of the scientist-botherers mentioned here is a former trader. It is no wonder that most deniers are on the political right: left-wingers have less at stake.

It would be nice if this were an end to the matter, but I doubt it still. As our own Mr Hopkins has shown, denialist ranters will always be published somewhere. And, as that unfortunate business of Mr Garth George's plagiarism showed, there is no need for integrity in such matters.

Sing no more ditties, sing no more
Of dumps so dull and heavy
The fraud of men was ever so
Since summery first was leavy
Then sigh not so, but let them go
And be ye blithe and bonny
Converting all your sounds of woe
Into hey, nonny nonny.

Word verfication: beheati. Even the machines are with you on this one, Paul.

You mean we're facing possible extinction, hordes of idiots, AND there's no pie?!!!