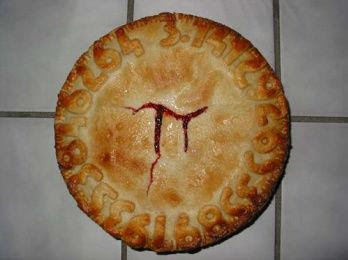 A colleague working in astrophysics was expressing bemusement to me yesterday about why the reputation of British science was apparently under threat, given that no evidence had actually emerged of scientific misconduct. Her specific question was: "Has anyone found evidence of an error in a published paper or dataset?" If they had, then of course the error would need to be corrected, which happens in science all the time.

Myles Allen makes a point that really needs to be made, that the supposedly scandalous emails from East Anglia have yet to reveal a scandal. As he says:

Take, for example, the "trick" of combining instrumental data and tree-ring evidence in a single graph to "hide the decline" in temperatures over recent decades that would be suggested by a naive interpretation of the tree-ring record. The journalists repeating this phrase as an example of "scientists accused of manipulating their data" know perfectly well that the decline in question is a spurious artefact of the tree-ring data that has been documented in the literature for years, and that "trick" does not mean "deceit". They also know their readers, listeners and viewers won't know this: so why do they keep doing it?

Indeed: the journalists know perfectly well that... oh, hold on, I think I have found an exception that proves the rule. Myles Allen, meet Jim Hopkins:

Because we're numb with despair. Because we feel hopeless, bludgeoned by shonky science and dodgy data into a state of abject grovelment - ashamed of our sinful selves and terrified our delicate little planet is going to hell in a (very hot) handcart.

It isn't and it won't. She's a tough old Mother, Earth. She's endured many truly enormous indignities - the cosmic collision that created our moon, the enormous asteroid that did for the dinosaurs, a rent in the land in Siberia that leaked lava, like blood from a wound, for one million years.

Mr Hopkins, I hope you will understand, is an idiot. He is not deceitful. He does not know the truth of the matter, yet ignore the facts to make a sensational story. He is sincere; and he is stupid. You can see that, by his reasoning; funny thing is, the Editor of the New Zealand Herald can see nothing of the kind. Mr Hopkins thinks that everything will be alright because the earth has already experienced mass extinctions, yet still is here.

You have to read this piece several times to fully appreciate how stupid is Mr Hopkins, as well as to navigate through the various meandering diversions that take him to ruminations on cricket and to writing doggerel. Mr Hopkins appears to believe that a mass extinction will not be a problem, because we have had them before. But it doesn't matter anyway because the scientists faked the data. But it does matter because it has made us unhappy and so disinclined to spend lots on Christmas.

This is not the first time that a denier has claimed that the science is fake so there is no warming but the warming doesn't matter. It is merely the first time that somebody so utterly cretinous and utterly unfunny has taken on such a complex subject and lost so clearly. Lost clearly, that is, to everybody but his Editor and the Herald's robot subs. It is a first for New Zealand. We are head-desking above our weight on a global warming stage.
Posted by Paul at 8:35 pm

OMG. [or whatever atheists take in vain] Can we deport any of these idiots off-planet? Perhaps they'd like to go mess up someplace the rest of us aren't living.

Can I have a piece of pi, please? it looks tasty.

Indeed, when the Siberian traps erupted the CO2 thus released raised the temperature of the earth. Then a variety of tipping points happened (the signatures of carbon isotopes are in the rocks) such as the methane hydrates letting go and the latest one is that the lava burned a pile of coal too. That raised temperatures so much that ocean circulation stopped, completely. The oceans stratified with only the top couple of metres oxygenated. That is why 90% of marine species (all the trilobites) died and only 30% of terrestrial ones. We call the Permian mass extinction, the largest one we know of.

The genus Homo has never faced a mass extinction on anything like that scale before and there is guarantee we will survive the next one.

BTW the ocean dying is a tipping point in and of itself since in that state it is incapable of absorbing much in the way of CO2.